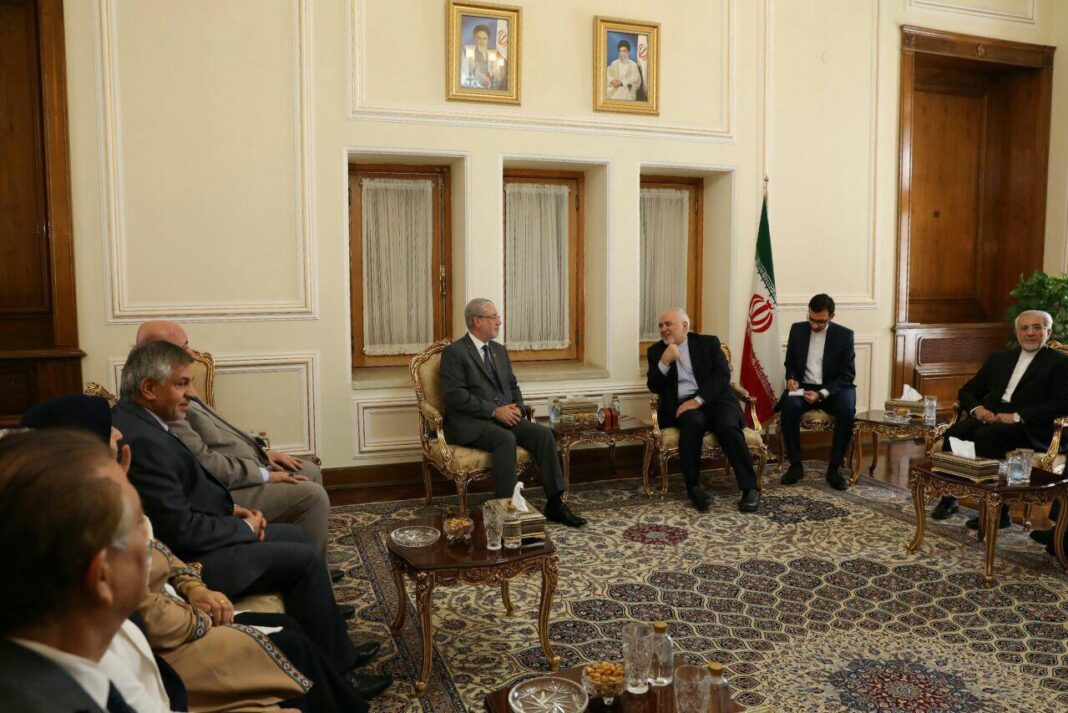 Iranian Foreign Minister Mohammad Javad Zarif has held talks with Deputy Speaker of the Iraqi Parliament Khalil al-Haddad, who is visiting Iran at the head of a parliamentary delegation.

During the Tuesday meeting, the two officials discussed the deep-rooted mutual ties between the two nations of Iran and Iraq as well as the significant agreements the two sides have signed in economic areas.

They also exchanged views on the facilities provided for Iranian and Iraqi people for reciprocal visits and the two sides’ support for each other amid harsh conditions.

Zarif and al-Haddad further conferred on the role of Iran-Iraq cooperation in preserving regional peace and stability and the latest regional developments.

Back in April, Iranian President Hassan Rouhani said Iran and Iraq are keen to expand their cooperation in the fight against terrorism and smuggling while seeking stronger ties in the power, gas and oil sectors.

“Border cooperation to fight terrorism, narcotics and smuggling will become stronger between the two countries,” Rouhani said at a joint press conference with Iraqi Prime Minister Adel Abdul-Mahdi in Tehran on April 6.

The Iraqi prime minister, for his part, said Iran had played a leading role in the fight against terrorism and the promotion of peace and stability in Iraq and called for further development of mutual relations.