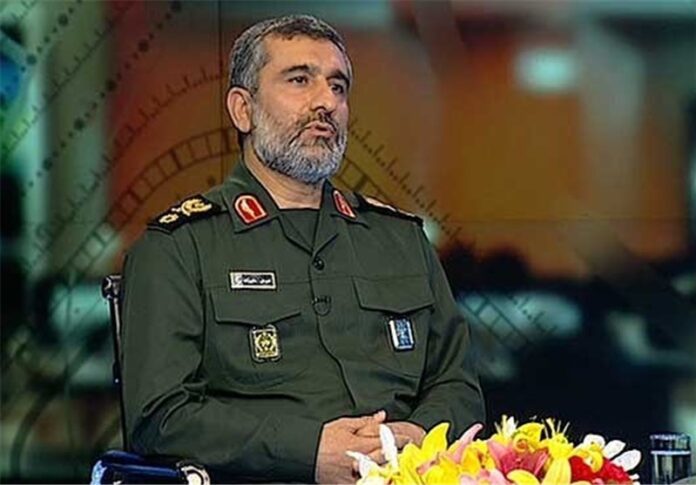 “We have documents which, if published, the Americans’ [activities] will be revealed and they will be disgraced more than ever before,” said Brigadier General Amir-Ali Hajizadeh, the commander of the IRGC Aerospace Force, in a Farsi interview with state TV.

“We have documents which show the Americans’ behaviour in Iraq and Syria, and we know what they did there, and which locations they targeted and how they supported the ISIS terror group.

“All these documents are available, and if one day we are permitted to publish them, it will be a big disgrace for the Americans,” said the top commander.

He said Iran’s enemies seek to target and attack the IRGC and consider it their red line, which “shows the IRGC is powerful.”

The top commander said some of the IRGC’s capabilities are not publicized in media due to some reasons, adding, “The enemies know that they cannot joke with the IRGC because the IRGC is the number-one power in the region.”

The top general underlined the US created the ISIS and has managed it for years, adding, “They (the Americans) had a hefty scheme for the region, but the IRGC made all their plots fail.”