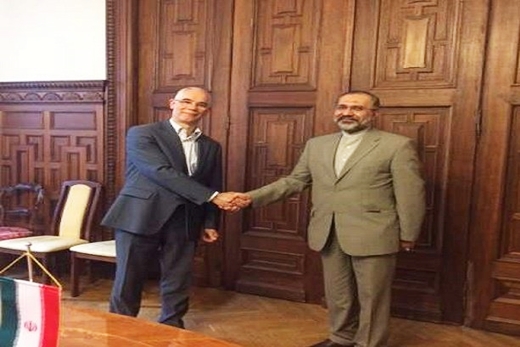 In a Mon. meeting between Hungarian minister of Human Capacities and Iranian ambassador to Budapest, the two sides stressed the need for expansion of scientific and cultural cooperation.

In the meeting in the Hungarian capital on Monday, Zoltán Balog and Mohammad Reza Morshedzadeh called for the implementation of several MoUs that were signed during the visit of Hungarian prime minister to Iran.

Balog, who had accompanied PM Viktor Orbán on his visit to Iran in late November, said Orbán’s meeting with Leader of the Islamic Revolution Ayat. Khamenei was highly significant and the two sides realized religious beliefs were the foundation for the many commonalities between the two countries.

Noting the ‘Eastern sentiments’ of the Italian nation which go back to the country’s historical roots in Asia, Balog expressed hope that the two countries’ cooperation would expand in all areas and the agreements would be implemented as soon as possible.

Morshedzadeh further extended invitation to Balog for participation in Tehran International Book Fair and an international meeting to support investment in the health sector, which were welcomed by the Hungarian side.

The two sides also stressed closer cooperation in the area of museums as well as further participation in art and theater festivals.