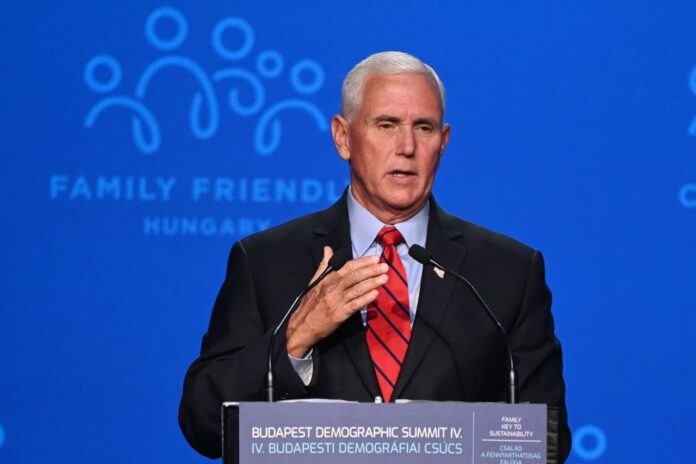 An Iranian official has slammed Mike Pence former US vice president for his anti-Tehran rhetoric saying those claims are merely wishful thinking.

Tehran has lashed out at Mike Pence after the former vice president used his address at last month’s Free Iran summit to condemn the Iranian government. The ex-VP has also accused President Joe Biden of “weakness” over his support for the Iran nuclear deal.

The Iranian mission to the United Nations (UN) in Geneva told Newsweek that Pence’s remarks—in which he predicted the end of the government in Tehran—were “wishful thinking”.

The Washington, D.C. event was organized by the opposition National Council of Resistance of Iran, the political wing of the guerrilla rebel group the People’s Mujahedin of Iran (MEK). Both are led by Maryam Rajavi and have long enjoyed backing from Iran hawks in the US, particularly within the GOP.

Iran and many other countries have designated the NCRI/MEK as a terrorist organization.

Bahram Heidari, counsellor of the Iranian mission in Geneva, condemned Pence for appearing at the Free Iran event in an email sent to Newsweek.

“Birds of a feather flock together to [the] Iranian nation,” Heidari said.

“Mike Pence, Mike Pompeo, Mark Dobowitz, John Bolton and other Trumpian criminals [deserve] to enjoy the infamy of a terrorist cult’s company and be on their paycheck,” he wrote, referring to other Iran hawks who have previously spoken at or attended NCRI/MEK events.

“I suggest you investigate how much Mike Pence has received for each word of praise he showered on the Monafeghin terrorist cult,” Heidari added, using another name for the MEK.

Newsweek has contacted Pence’s team to request comment on his relationship with the NCRI/MEK and to ask whether he was paid for last month’s address.

“Mike Pence et al can continue to amuse themselves with all sorts of wishful thinking,” Heidari stated.

“The dogs bark, but the caravan moves on. The Iranian nation is fully determined to keep going on its proud path of independence and dignity irrespective of the terrorists’ malice and malignancy and those of their prime supporters,” he continued.

“While we appreciate any awareness raising campaign about the MKO terror cult, we caution against any (intended or unintended) moves to launder them,” he noted.

“That would be both unjust and immoral. It would be a tremendous injustice to many thousands innocent people who fell victim to horrendous acts of terrorism perpetrated by the members of this terrorist cult, including the atrocities committed during their long time companionship with Saddam Hussein regime,” he added.

At last month’s event, Pence described the MEK as “a well-organized, fully prepared, perfectly qualified and popularly supported alternative” to the current government in Iran. Rajavi, he said, is “an inspiration to the world”.

The address was predictably hawkish, in line with the expected stance of all leading GOP 2024 presidential candidates.

Pence was part of former President Donald Trump’s “maximum pressure” strategy on Iran, throttling the nation’s economy with punishing sanctions and trying to isolate the country on the world stage.

“With our current administration’s embrace of the JCPOA, their hesitation to condemn rockets being fired at our cherished ally Israel, and the heartbreaking and disastrous withdrawal from Afghanistan, our adversaries may be sensing weakness in the current American administration,” he said.

Pence added, “They may be emboldened to test our resolve…Weakness arouses evil.” 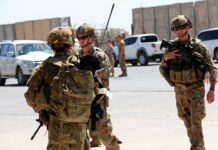