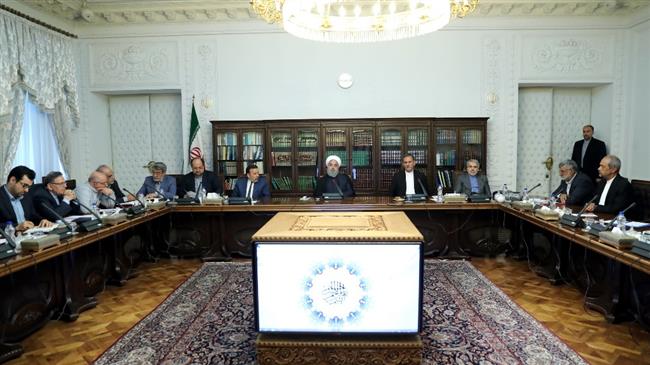 Jahangiri made the announcement on Monday night following an emergency meeting of the government’s economic taskforce headed by Iranian President Hassan Rouhani.

The first vice president said that as of Tuesday the price of the dollar would be 42,000 Rials in both markets, and for all manner of activities.

He added that dollar sales at any other price would be considered fraud.

On Sunday, Iran’s national currency the Rial plunged above 6 percent against the US dollar in free market.

Commercial bankers previously linked the Rial’s slide partly to seasonal demand for US dollars, which rises around the end of the Persian year (March 21) when many Iranians travel abroad.

However, some now believe that US President Donald Trump’s hostile rhetoric, including his recent threat to scrap a landmark nuclear deal with Iran, has been effective in the deterioration of the Rial’s depreciation.