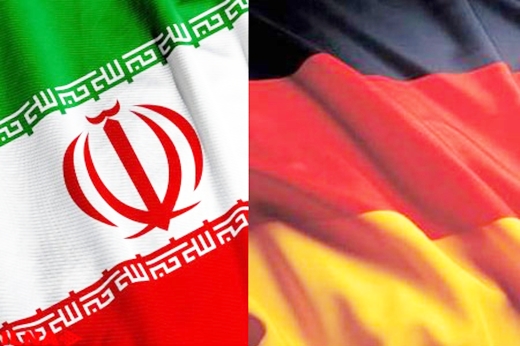 Iran and the German Federal State of Sachsen will develop their cooperation in specialized agriculture, and jointly invest in processing and supplementary industries.

Deputy Minister of Agriculture, Ali Akbar Mehrfard, and the German Minister of Agriculture and Environment Thomas Schmidt, accompanied by a delegation from the German state of Sachsen, held talks on ways to develop economic cooperation between the two countries.
Noting that Iran boasts numerous agricultural capacities and produces some 120 million tons of crops annually, Mehrfard called for transfer of technical know-how from the German state of Sachsen to Iran.
Iran stands high in the global production of crops such as pistachio, saffron and dates, he said, noting, “We are seeking to complement post-production chains, processing and packaging of products.”
Stressing the need for using modern equipment to store fruits and vegetables, he said that Iran produces four times the global average of citrus fruits, and that storing surplus consumer goods for export and processing is a significant issue.
Modern irrigation techniques are rapidly developing in the agricultural sector, he said, adding that Iran and Sachsen can have good cooperation in the field of modern irrigation.
German Minister of Agriculture and Environment Thomas Schmidt, for his part, hoped Iran-Germany ties will further improve following the removal of sanctions, saying that German companies and the private sector can help Iran in this regard.
The State of Sachsen is ready for cooperation in the field of packaging and processing all types of fruits and medicinal herbs, he said. Schmidt invited Iran’s private sector to visit Sachsen to get further acquainted with technical and scientific capabilities.