Iran FM: We have doubts about Americans’ true intentions 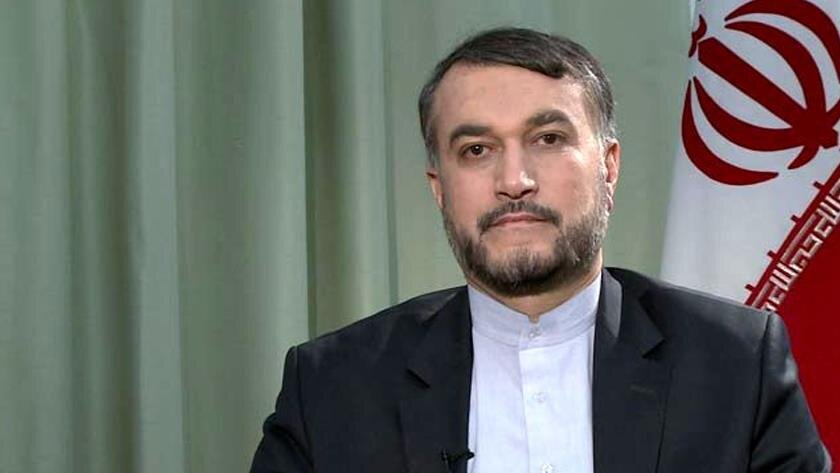 Iran’s diplomacy chief says the Biden administration has not taken any step to lift US sanctions against Tehran and just pretends to be pursuing an anti-Trump approach, adding “We have mistrust in the other side.”

Foreign Minister Hossein Amir Abdolahian, in an exclusive interview with Iran Newspaper, said when Biden talks about Iran, he has with him the same sanctions policy that Trump had, and has failed to take any action to lift the sanctions so far.

The foreign minister referred to Washington’s breach of the Iran nuclear deal, known as the Joint Comprehensive Plan of Action (JCPOA) over the past years as well as Europe’s simply talking the talk rather than walking the walk when it comes to fulfilling their commitments.

Amir Abdollahian added even the previous Iranian administration believed that neither Washington nor the three European countries are reliable.

“We should see the three European making moves to pressure the US. They should try to revive and reinforce this trust,” he explained.

He said former US President Barack Obama was the first one to violate the nuclear deal, not to mention the approach adopted by his successor Donald Trump, who unilaterally withdrew from the agreement.

“Theoretically and legally speaking, one may be able to say that we were in a special situation before the conclusion of the JCPOA and were under Article 7 of the UN Security Council,” he said.

“But under the current circumstances and in practice, nothing has happened which has benefited Iran, and the JCPOA has failed to ensure our economic benefits so far and has failed to work in our favor,” said the top diplomat.

He urged the US to return to the point where Trump pulled out of the JCPOA and to show serious will to reach a deal with regards to the nuclear deal.

“We will not entirely link the destiny of the people and country to the JCPOA or any certain country,” including Russia and China, he said.

“Our decision is to return to the negotiating table. … We should see how to act to ensure the rights and interests of our people as much as possible,” said the foreign minister.

He said there is consensus that the nuclear agreement should be dealt with “within its own framework.”

He reiterated Iran’s stance that the talks should lead to the lifting of US sanctions.

He also rejected “excessive demands” by the US and some European countries that the negotiations should also include regional issues.

“We have no plans to hold talks with them on regional issues,” he said.

“Our talks will be limited to the nuclear issue and the JCPOA,” the foreign minister said.

The foreign minister said regional talks should be held “within the framework of the region” and have nothing to do with nuclear negotiations.

He also added Iran pursues a balanced foreign policy, meaning it seeks interaction with both neighboring states and other nations elsewhere.

“What we mean by a balanced foreign policy means while neighboring countries and Asia are the priority of the 13th administration (that of President Ebrahim Raeisi), we will follow a dynamic and smart diplomacy vis-à-vis Europe as well; moreover, we will not forget Latin America and Africa, either,” the top diplomat explained.

“An important point that I must emphasize is that in an Asia-oriented approach, we are not supposed to focus the entirety of our foreign policy on China and Russia,” said Amir Abdollahian.

“However, we believe China and Russia today are different from in the past, and our having relations with the two countries has been in our interest, so far. Still, there are some West-leaning individuals in Iran who are against both China and Russia,” he added.

He also touched upon Tehran’s negotiations with Riyadh.

“Baghdad-mediated talks underway between Tehran and Riyadh follow a decision made by Iran at the national level,” he said.

“We believe the Saudis still need more time and preparedness, and we have left the way open for them, so that they will return to their normal relations with Iran,” he added