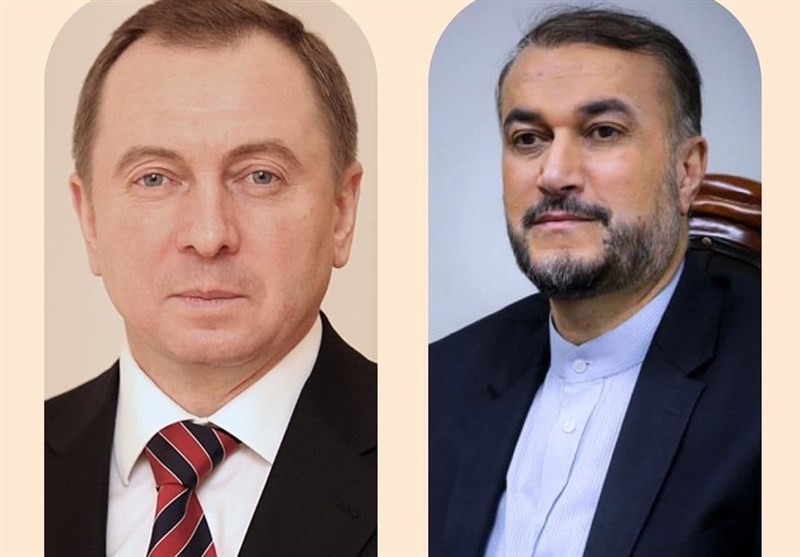 Iran’s Foreign Minister Hossein Amir Abdollahian has exchanged views with his Belarus counterpart Vladimir Maki over the predicament of Iranian nationals stranded on the Belarus-Lithuania border.

They were speaking over the phone.

Amir Abdollahian said the Islamic Republic of Iran is gravely concerned over the situation of its citizens. He demanded that Belarus consulate officials and border guards offer humanitarian cooperation for the purpose of locating the stranded Iranians and providing them with medical care.

The foreign minister urged the Belarus government to give the Iranian embassy in Minsk access to the Iranians so that the people will be repatriated to their country.

Amir Abdollahian said worrisome news is making the rounds on social media regarding the situation of these people. He called for maximum cooperation from Belarus, particularly its border guards for the purpose of helping the Iranian nationals.

In the telephone conversation, the Belarus foreign minister briefed Amir Abdollahian on the measures taken by the Belarus Foreign Ministry to identify and find the Iranian nationals.
Maki reaffirmed Minsk’s readiness to provide maximum assistance in this regard and to keep in touch closely with the Iranian embassy in Minsk.

The two top diplomats also underlined their determination to implement the agreements Tehran and Minsk reached recently on the sidelines of the UN General Assembly’s meeting for the purpose of further expanding and deepening ties between the two sides.