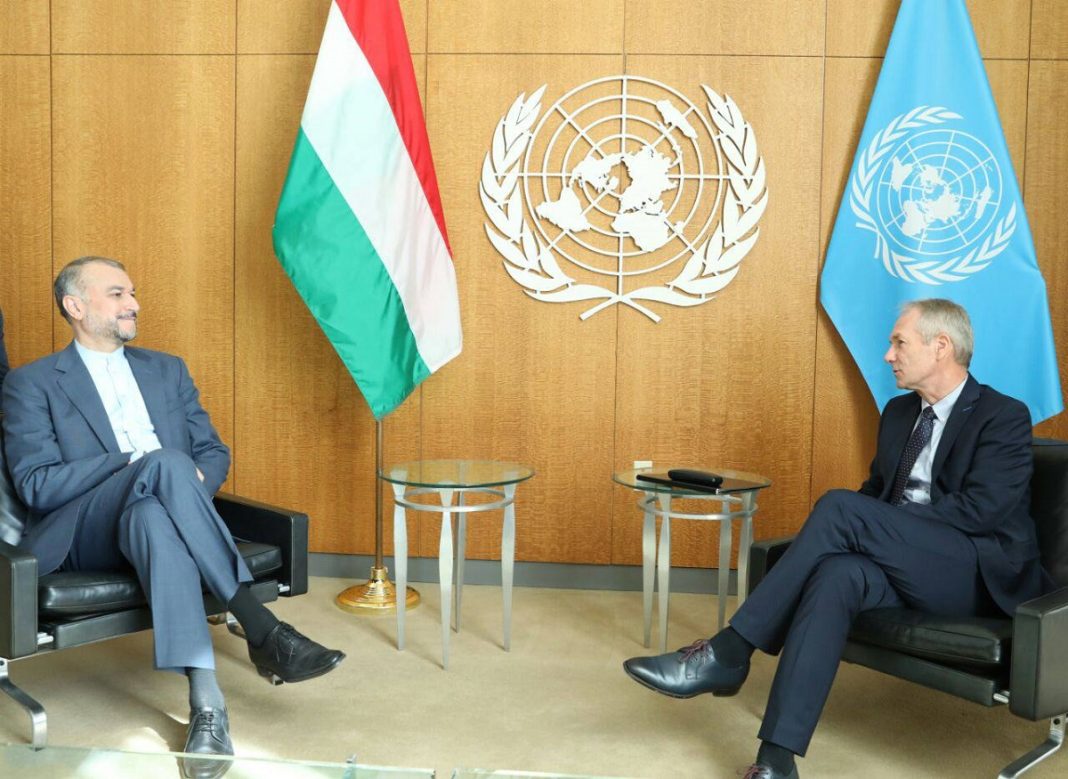 Iran’s foreign minister, in a meeting with the president of UN General Assembly, had expressed hope that the Assembly’s ongoing meeting in New York would pave the way for dealing with the security challenges worldwide.

Hossein Amirabdollahian held a meeting with the president of the United Nations General Assembly on the sidelines of the UNGA’s 77th meeting in New York.

During the meeting, Foreign Minister Hossein Amirabdollahian said Iran believes the General Assembly holds a high position, expressing hope that the Assembly’s ongoing session will be an opportunity for exchanging views and dealing with global challenges in the fields of international peace and security.

The Iranian foreign minister elaborated on the latest status of the talks underway for a revival of the Joint Comprehensive Plan of Action (JCPOA) and the relevant messages exchanged with the American side.

He said terrorism and extremism continue to be the main challenge in the Middle East region, which has turned into a serious source of concern for regional countries with the escalation of the situation in Afghanistan.

Amirabdollahian explained Iran’s initiative as the main sponsor of the resolution against dust storms and said this phenomenon was a common issue of the regional countries, which is posing a threat to the health of millions of people. He expressed hope that the General Assembly will draw global attention to the necessity of countering the phenomenon.

For his part, Csaba Kőrösi, president of the 77th session of the General Assembly, welcomed the Islamic Republic of Iran’s approach. He pointed to the capabilities of Iran’s diplomatic apparatus and expressed hope that Iran would play an active role in the consensus-building process in the Assembly’s resolutions.

The General Assembly’s president highlighted the global concerns over the issue of water, expressing hope that Iran will actively participate in the international conference on management of water resources slated for March.