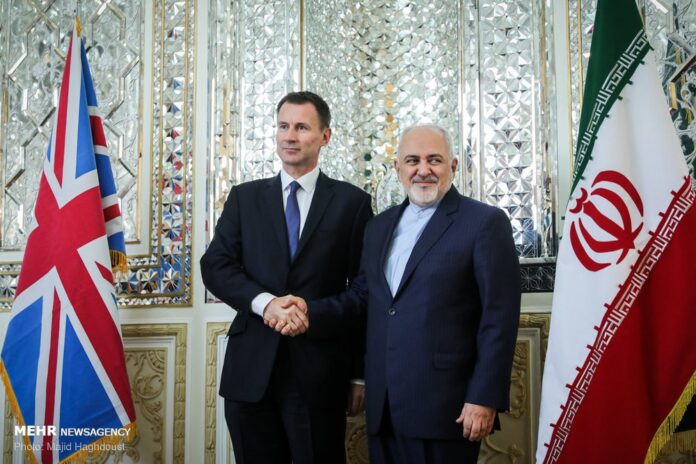 During the meeting, the two sides discussed various aspects of bilateral relations, including issues related to the European financial mechanism known as Special Purpose Vehicle (SPV), which is aimed at promoting economic and trade relations within the framework of the Iran nuclear deal.

Hunt and Zarif also discussed the most important regional issues, including the need to accelerate the end of the Yemen war and other issues in the region.

Ahead of his first official trip to Tehran, Hunt said in a statement that the nuclear agreement remains a vital component of stability in the Middle East.

He noted that the UK will remain committed to the deal as long as Iran sticks to its commitments.

The top British diplomat is scheduled to meet with other Iranian officials later in the day.