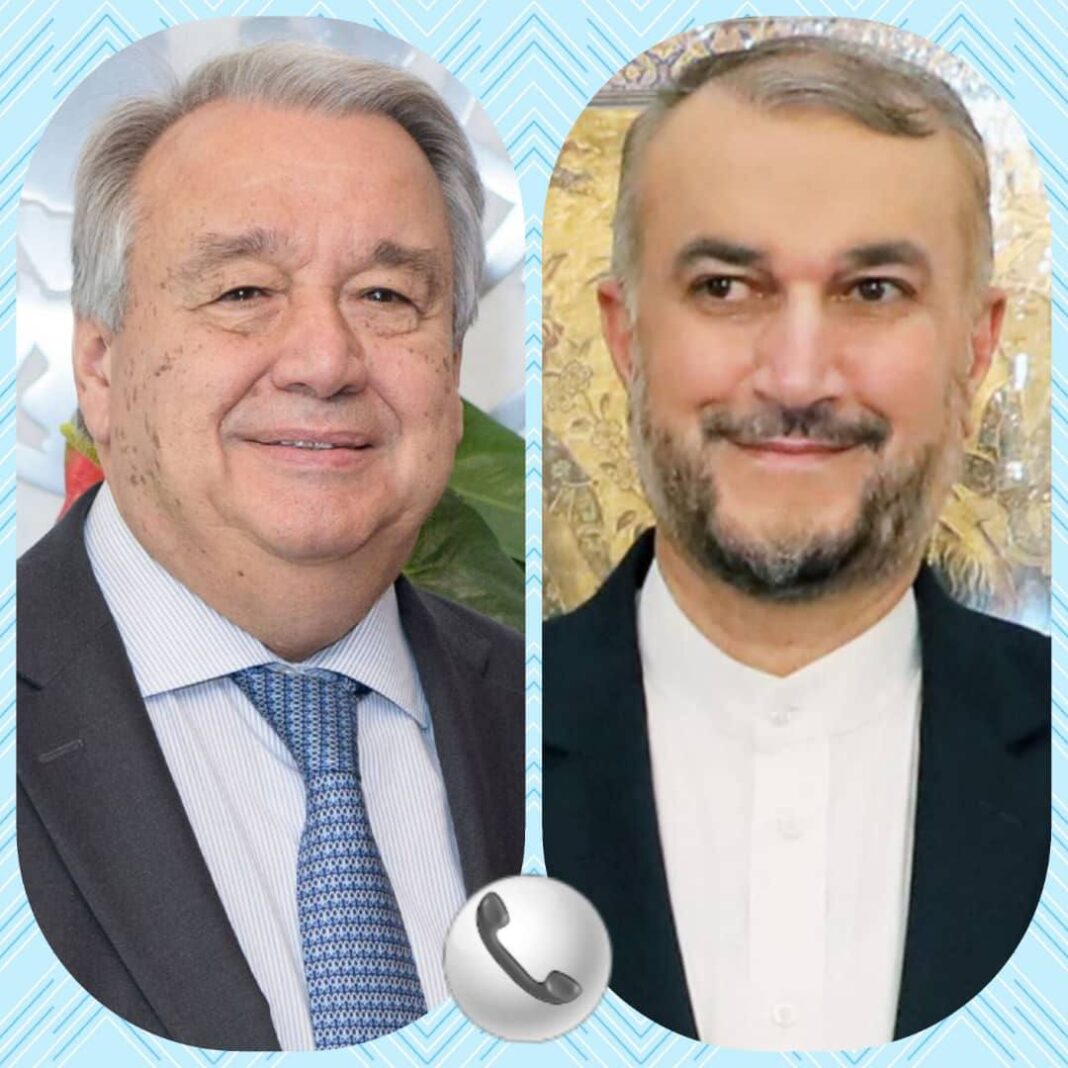 The Iranian foreign minister, in a phone conversation with the United Nations secretary general, reiterated that Tehran has attended the Vienna talks with good faith and is after a good agreement.

Hossein Amir Abdollahian enumerated the characteristics of a good deal, saying the other side must return to full compliance with its obligations under the Iran nuclear deal, JCPOA.

He said in that case, the Islamic Republic of Iran will reverse its remedial measures, but “the key point is that any resulting deal must be effectively verifiable.”

Regarding the 6 previous rounds of talks, Amir Abdollahian pointed out, “We will not ignore the negotiations, but as a new administration, we reserve the right to review the disputed issues and discuss them in light of our own considerations”.

The top Iranian diplomat went on to refer to the recent constructive and progressing talks between the director of the Atomic Energy Organization of Iran and Director General of the International Atomic Energy Agency Rafael Grossi, saying Tehran will continue its technical cooperation with the IAEA.

Antonio Guterres the UN Secretary General also welcomed the start of the new round of talks and threw his full support behind the full revival of the JCPOA.

The UN chief described Iran’s demand for verification of the removal of sanctions as reasonable.

He said it is necessary that all sides make efforts to take confidence-building measures and reaffirmed the UN’s full support in this regard.

The two sides also raised the issue of Afghanistan.

Amior Abdollahian underlined the need for the formation of an inclusive government in Afghanistan and described the dangerous humanitarian situation on the eve of the cold season as worrisome.

He cited the existence of the refugee crisis, the freezing of the Afghan financial resources, and Daesh’s acts of terrorism as crisis factors in Afghanistan.

António Guterres voiced concern over the profound crisis, particularly the humanitarian crisis in Afghanistan and underlined the necessity of a cash injection into the economy of the country.

He said the UN is making an effort to set up an international monetary fund with the help of the World Bank and several countries with the aim of creating a mechanism for cash injection into the Afghan economy despite the US sanctions.