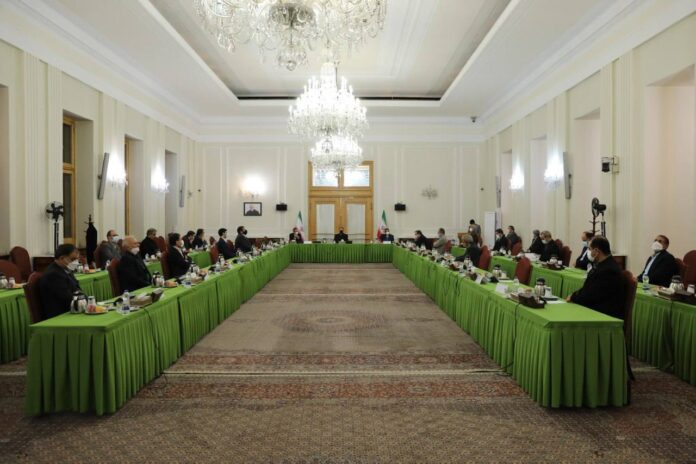 Iran’s foreign minister says Tehran is entering the Vienna talks in good faith and despite the US withdrawal from the Iran nuclear deal, known as the Joint Comprehensive Plan of Action (JCPOA).

Hossein Amir Abdollahian made the remarks on Saturday night while receiving members of the Advisory Commission of the Public Diplomacy Center of the foreign ministry as well as a host of Iranian analysts, university professors, journalists and ambassadors.

In the meeting, Amir Abdollahian expounded on the foreign policy of the 13th administration, of President Ebrahim Raeisi.

He said Tehran is entering into talks in Vienna in good faith despite the United States’ breach of its commitments under the JCPOA and withdrawing from the deal as well as Washington’s violation of UN Security Council Resolution 2231 not to mention failure by the European parties to the JCPOA to make good on their obligations.

The top Iranian diplomat elaborated on Iran’s policy on the resumption of negotiations aimed at lifting the United States’ cruel, illegal and unilateral sanctions.

The Vienna talks are scheduled to be held in November’s end.

Amir Abdollahian had earlier said Iran is ready to reach a good deal.

The Islamic Republic has time and again called for the return of all JCPOA parties to their full commitments under the deal and the lifting of all anti-Tehran sanctions.