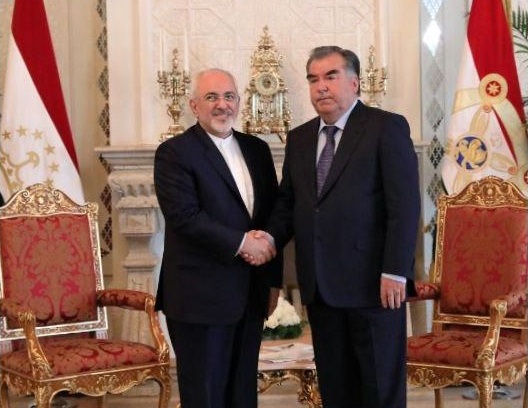 Iranian Foreign Minister Mohammad Javad Zarif has met with the Republic of Tajikistan’s President Emomali Rahmon in the Tajik capital of Dushanbe.

During the Wednesday meeting, which lasted two hours, the two sides discussed various aspects of bilateral ties between Iran and Tajikistan.

They also exchanged views on the latest regional issues.

The meeting was held as part of Zarif’s visit to the Central Asian state, the first of its kind in the past two years.

Zarif will later leave Dushanbe for Uzbekistan, where he will hold talks with the country’s officials and attend the International Conference on Security and Sustainable Development in Central Asia.