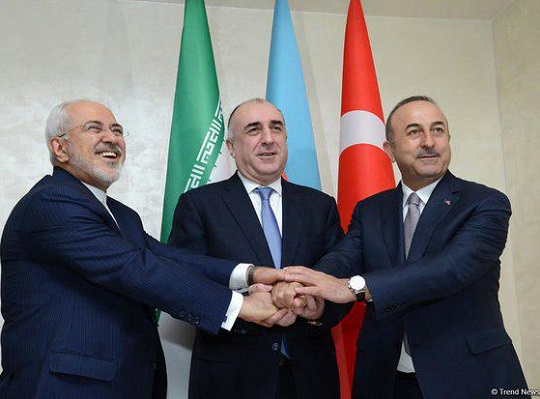 Iranian Foreign Minister Mohammad Javad Zarif has discussed issues of mutual interest with his Turkish and Azeri opposite numbers in the Azeri capital of Baku.

In a Wednesday meeting, Zarif and Turkish FM Mevlüt Çavuşoğlu discussed the expansion of bilateral ties between Tehran and Ankara, particularly in the field of banking. 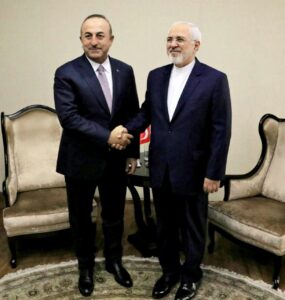 During the talks, the two sides explored avenues for promoting mutual economic cooperation between Iran and Azerbaijan Republic, particularly in the field of railway.

They also conferred on energy ties in the Caspian Sea as well as the issue of Jerusalem al-Quds.

Zarif arrived in Baku on Tuesday to attend the fifth round of Iran-Azerbaijan-Turkey trilateral talks, which are currently underway in the Azeri capital.