Iran FM: Good words being heard from US in Vienna 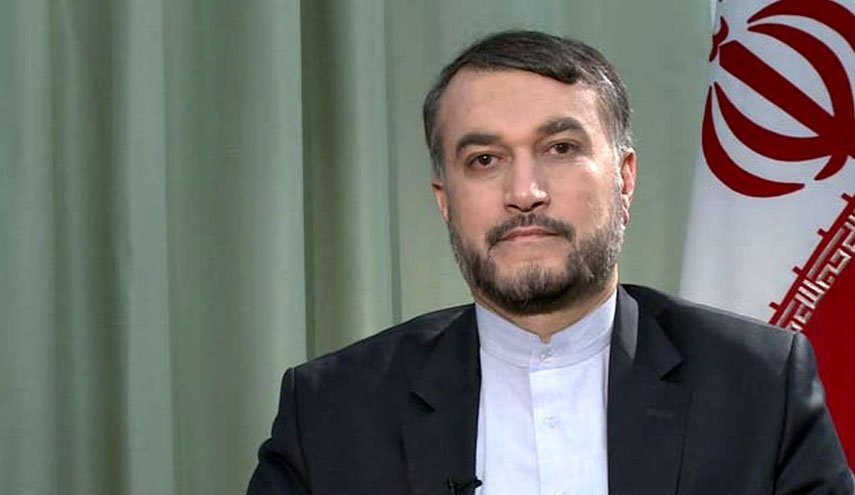 Iranian Foreign Minister Hossein Amir Abdollahian has said Iran is hearing good words from the US in Vienna but words must be backed up with serious actions.

Amir Aodollahian was speaking to Al Jazeera television. He also said the 8th round of talks in the Austrian capital to revive the Iran nuclear deal and the lifting of anti-Iran sanctions is on the right track.

He added if Western countries have the will, a good deal is within reach.

The Iranian foreign minister also spoke of guarantees that Iran must receive regarding its oil exports. He said one tangible guarantee is that Iran must be able to sell crude and have access to revenues from the oil sales.

The foreign minister said, “We demand that the sanctions imposed by Trump be lifted, in particular the bans that are contrary to the nuclear deal, JCPOA… we want new guarantees that no new sanctions will be imposed or re-imposed after they have been removed.”

Amir Abdollhian further turned to the Zionist regime’s threats. He said such threats are not new and that the Israeli regime is in no position to make good on those threats.

On talks with Saudi Arabia, the Iranian foreign minister noted that negotiations with Riyadh are positive and constructive and we are ready to resume ties with the kingdom at any moment.

He also announced the return of Iran’s envoys to the headquarters of the Islamic Cooperation Organization in the Saudi port city of Jeddah, which he described as a positive development.
“We believe in the important role of a regional dialogue in resolving the region’s problems, which includes Saudi Arabia, Egypt and Turkey,” said Amir Abdollahian, referring to Riyadh’s announced willingness to negotiate over regional issues.

He also underlined, “We caution our neighbors that normalization with Israel is a strategic mistake and they will be the first to pay the price for that”.