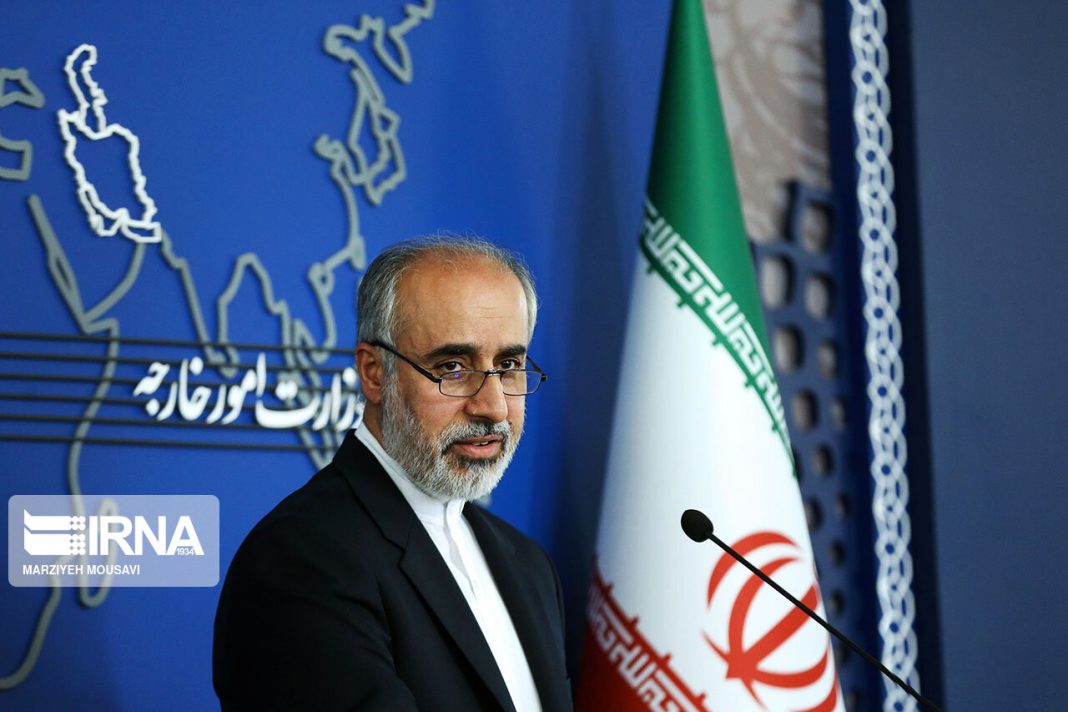 Iran’s foreign ministry spokesman says the European Union allegations that Iranian-made drones were used in the Ukraine war, show they are continuing irresponsible, destructive and illegal moves to create a poisonous political atmosphere against the Islamic Republic, reiterating issues pertaining to the current war in Ukraine are completely unrelated to the United Nations Security Council Resolution 2231.

Nasser Kanaani was reacting to the fresh anti-Iran sanctions by the Council of the European Union as well as the UK over the allegation of Russia’s using Iranian drones in the Ukraine war.

Kannani said the Europeans seek to present a misleading interpretation of UNSC Resolution 2231 and establish a link between their unfounded allegations and the resolution.

Kanaani strongly denounced the imposition of fresh sanctions on Iran as well as similar allegations in a joint statement by Germany, France and the UK.

“We reject groundless claims that drones were supplied [by Iran] to be used in the Ukraine war,” said Kanaani.

“We have always stressed that all UN members should fully abide by the objectives and principles of the UN Charter and international law, including the independence and territorial integrity of countries. We support peace and an immediate end to the war in Ukraine through a political process,” Kanaani noted.

He said, “The Iranian nation will never forget that some European countries which make claims against Iran are accessories to the crimes committed by former Iraqi dictator Saddam Hussein as they sent him weapons of mass destruction, including chemical arms, during the Iraqi imposed war against Iran in 1980s.

“The Islamic Republic of Iran still considers those countries complicit in Saddam Hussein’s crimes and, hence, holds them responsible and accountable,” he said.

Kanaani said the Islamic Republic reserves the right to respond to any irresponsible move in order to safeguard its national interests and ensure Iranian people’s inalienable rights.