Iranian Deputy Foreign Minister for Political Affairs Seyyed Abbas Araqchi has denounced the United States’ destructive and one-sided approach, and its attempt to change the recognized rules of the international system.

He made the remarks in a Friday address to the ministerial meeting of the Economic Cooperation Organization (ECO) held in New York on the sidelines of the 74th meeting of the UN General Assembly.

In his speech, he highlighted the significance of holding the ministerial meeting of ECO at a time when the US has increased its unilateral and hegemonic illegal measures.

Araqchi said such illegitimate measures have shaped a dangerous and unpredictable future for developing countries, and the current situation, where a superpower imposes its will and demands on other nations in the world, will influence the welfare and development of future generations as well. 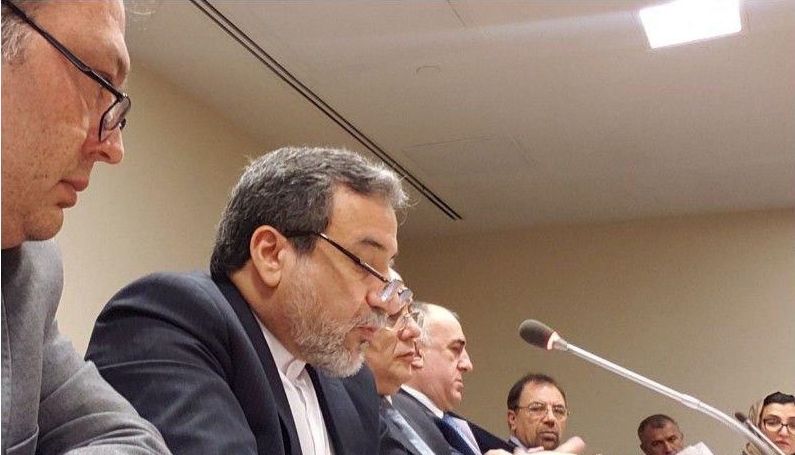 “Under such dangerous circumstances, where the pillars of multilateralism are under unprecedented attacks, the Economic Cooperation Organization – as an exemplary case of successful multilateralism and with high goals, causes, and values – has created a unique atmosphere for promotion of cooperation and implementation of major projects and plans in the region,” Araqchi added.

“Although ECO has had an undeniable progress, it is still far from the level where it can meet the regional people’s expectations. Therefore, it is necessary to identify and deal with the obstacles and shortcomings, and at the same time find effective solutions to help the Organization and improve the region’s development,” he noted.

Hi said it is quite essential for ECO member states to have political will and commitment in order to achieve tangible results at operational levels.

The Iranian diplomat finally expressed the hope that the Organization’s activities would witness considerable developments given the serious interest and close cooperation of member states and through focus on the implementation of new plans and initiatives in line with the objectives of ECO Vision 2025, especially in the fields of trade, energy, transportation, and tourism.

The Economic Cooperation Organization or ECO is an Asian political and economic intergovernmental organization which was founded in 1985 in Tehran by the leaders of Iran, Pakistan, and Turkey.

It provides a platform to discuss ways to improve development and promote trade and investment opportunities. The ECO is an ad hoc organisation under the United Nations Charter.

The objective is to establish a single market for goods and services, much like the European Union. The ECO’s secretariat and cultural department are located in Iran, its economic bureau is in Turkey and its scientific bureau is situated in Pakistan.