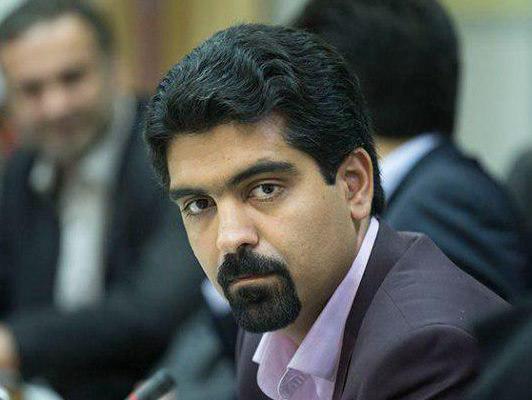 A senior Iranian conservative figure has criticized the Guardian Council’s decision to disqualify the Zoroastrian member of Yazd’s City Council Sepanta Niknam, who had been elected by popular vote.

Former chief of the Islamic Republic of Iran Broadcasting (IRIB), Ezatollah Zarghami ,published an image of Niknam on his Instagram page and wrote, “The respectable Guardian Council, based on its his legal and Sharia duties, has cancelled the membership of Sepanta Niknam in the Yazd City Council. Let’s respect it and let them carry out their responsibilities properly, far from political expediencies.”

However, he added, “I am surprised why the numerous organizations responsible for discerning the country’s expediencyare dragging their feet on making way for such a clear expediency [rejecting the Guardian Council’s decision]?”

“The necessity of respecting public opinion, especially those of the committed people of Yazd (including Muslims and Zoroastrians), who voted in favour of Mr Sepanta Niknam on the basis of earlier legal announcements, is the best reason to confirm his membership in the Yazd City Council.”

“I do believe that maintaining the dignity and status of the Islamic Republic of Iran at the domestic and international arena is the most important expediency of the Establishment,” Zarghami added.

The former president of IRIB also noted that, “Let’s not push the society towards false bipolarisms and not become the mouthpiece for the global propaganda apparatuses by feeding them with such subjects.”

“In the meantime, what crowning achievements the Muslims have accomplished in the city council that a Zoroastrian cannot?!” Zarghami sarcastically asked.

The Zoroastrian councillor’s membership was suspended by a branch of Iran’s Administrative Court of Justice after the Guardian Council said a non-Muslim cannot make decision for a Muslim majority.

The verdict notes that based on the opinion of the Guardian Council, members of religious minorities are prohibited from becoming members of city councils.

Several reformist figures, along with other conservatives like Ahmad Tavakkoli and Mostafa Aqa-Mirsalim, have also voiced their protest against the disqualification.