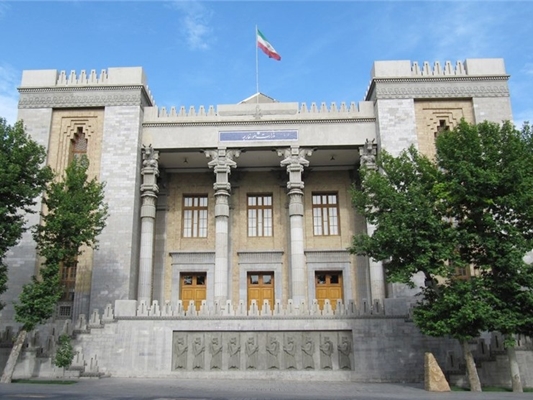 An informed source at the Iranian Foreign Ministry dismissed reports on detention of two European diplomats by police forces in a western province of the country.

The two European diplomats were not detained and their trip to the province was made with prior notice, the source said on Tuesday.

The police stopped the vehicle of the diplomats to only check their documents and ID cards, he said, adding that after identification, the diplomats continued on their way.

According to media reports, a security official from the Intelligence Organization of Islamic Revolution Guards Corps (IRGC) in the western province of Kurdistan said a suspicious car with a diplomatic license plate driving through Saqqez County in Kurdistan Province on August 13 was closely monitored by the security forces and finally stopped in the vicinity of Irankhah village.

Its passengers, who were identified as two notable French and English diplomats, were suspiciously filming military sites and when ordered to stop, they fled the filming location, the official said.

“Preliminary investigations revealed that the two passengers were Sébastien Surun, French political attaché, and Charlotte Lopez, second secretary of the British Embassy in Tehran,” he said.

“After the car was stopped, their camera was seized by the security forces,” he added.