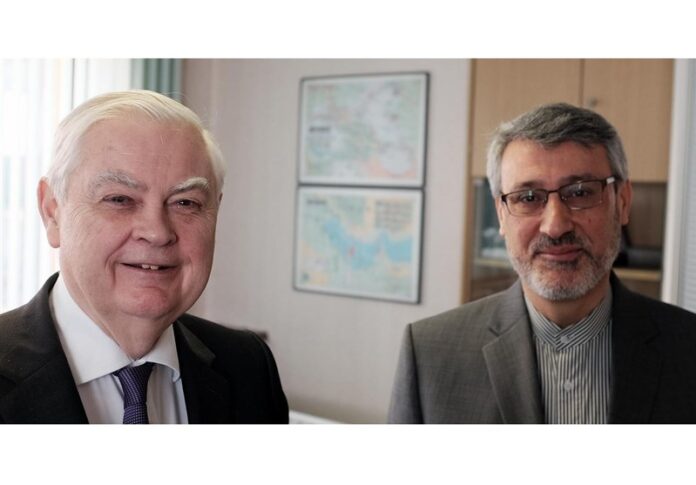 Iran’s ambassador to London denied a report about closure of the British Iranian Chamber of Commerce, saying the chamber is doing its activities normally and has only morphed into a “virtual and digital” establishment due to rising rents in London.

In a post on his Telegram channel, Hamid Baeedinejad quashed rumors on the closure of the British Iranian Chamber of Commerce, stressing that members of the chamber, chaired by Lord Norman Lamont, are holding their posts and doing their duties routinely.

It came after BBC claimed in a report on Saturday that the British Iranian Chamber of Commerce has closed its office in London because of a hemorrhage of members and its rising costs in the wake of US sanctions.

Baeedinejad, however, explained that the chamber had been renting an office in London for long years and holding plenary sessions, but it had to rent a new office last year after the expiry of the previous rental agreement.

The Iranian ambassador noted that a high rise in the rental fees incurred huge expenses on the chamber and made the authorities think of a logical way to reduce the costs.

Under a final plan, the officials decided to transform the physical structure of the chamber into a “virtual-digital” establishment by employing IT experts and leasing conference halls for periodic meetings, he added.

“The recent changes mean neither a closure of the chamber nor a decline in its activities, and they are only meant to use modern technology for the management of costs,” Baeedinejad concluded.