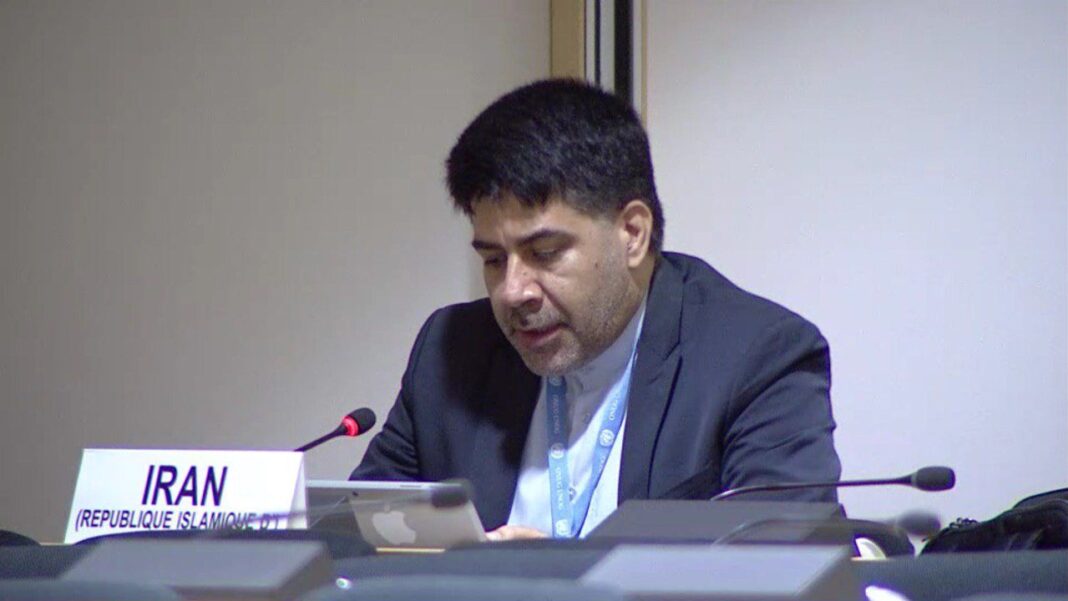 Iran’s representative at the United Nations’ Human Rights Council has called for an urgent and strong action to end the Israeli crimes against Palestinians.

“Over the past seven decades, Palestinians have been subject to numerous crimes including mass killings, ethnic cleansing, change in the population composition [of occupied territories], systematic torture, arbitrary murders, detentions and all forms of war crimes, genocide and crimes against humanity,” said Seyed Mohammad Sadati, the human rights counselor to the Iranian mission in Geneva.

He was addressing the 48th meeting of the Human Rights Council, during a discussion on the Zionist regime’s crimes against Palestinians.

The official touched on the plight of hundreds of Palestinian children in Israeli jails, saying kids are imprisoned on charges of simply hurling stones at Israeli soldiers.

Sadati said the inability of the international community to force the “Apartheid regime” to respect international law “doubles the heavy responsibility of human rights mechanisms of the UN to take urgent, decisive and effective action to end the crimes against Palestinians”.

The official noted that holding perpetrators of crimes against Palestinians to account should be part of the international push to end the “disaster”.

He added that the US, Europeans, Canada and others who provide Israel with financial, military and political support should also be held to account for encouraging the regime’s crimes and blocking justice.