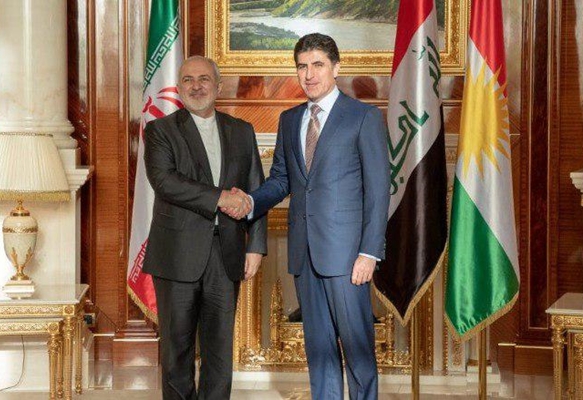 In a phone conversation on Wednesday, the Iranian top diplomat also wished success for Barzani and the people of the Kurdistan region.

The Iraqi Kurdish parliament elected Barzani, the nephew and son-in-law of veteran leader Masoud Barzani, as president of the autonomous region on Tuesday.

The deputy leader of the Kurdistan Democratic Party (KDP) won 68 votes from the 81 members present in the 111-seat chamber.

Last year, the KDP emerged as the largest bloc in the parliament following the September 30 election with 45 seats.

The Patriotic Union of Kurdistan (PUK) of late Iraqi president Jalal Talabani, a bitter rival of the powerful Barzani clan, had called for a boycott of the vote, along with the New Generation Movement.

Nechirvan is the second person to hold the office of president. It was occupied by his uncle from its creation in 2005 until late 2017, when he quit following an independence referendum opposed by Baghdad.

The younger Barzani, who was born in northern Iraq in 1966 but spent part of his life in Iran, speaks fluent Kurdish, Persian and English.

In 1996, five years after the region won autonomy in the face of a brutal campaign of repression by Saddam Hussein, he became vice prime minister, then head of the government in 1999.

The Kurdish region of northern Iraq was deeply split, with its Sulaimaniyah province remaining under a rival authority run by Talabani’s PUK.

When the two camps decided to reunite the region under a unity government in 2006, Masoud was chosen to head it.

Barham Salih, a senior PUK leader who is today president of Iraq, later took up the post, but the younger Barzani was reinstated in 2012.