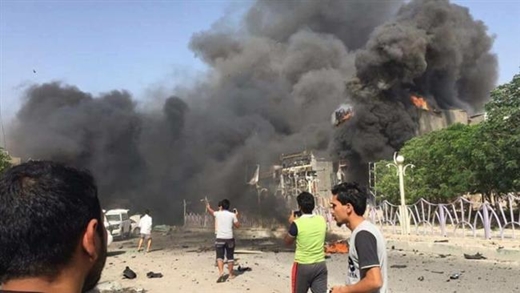 The Iranian Foreign Ministry Spokesman has denounced the June 7 deadly car bombing in Iraq's holy city of Karbala as a terrorist act.

Hossein Jaberi Ansari said that countering the threat posed by terrorism and extremism requires the national solidarity of the Iraqi nation and firm support from the international community.

He extended his condolences to the Iraqi government, nation and the families of the victims of the attack.

At least five people lost their lives and 11 others were wounded after a car bomb exploded in central Karbala, 80km (50 miles) southwest of the capital Baghdad, near the house of Karbala Governor Aqil al-Turaihi.

Iraqi sources said the bombing occurred 5km away from the shrines of the third Shia Imam, Imam Hussein, and his brother Hazrat Abbas.

In a statement later in the day, ISIS (Daesh) claimed responsibility for the attack. The terrorist group has been wreaking havoc on Iraq’s northern and western parts since June 2014.