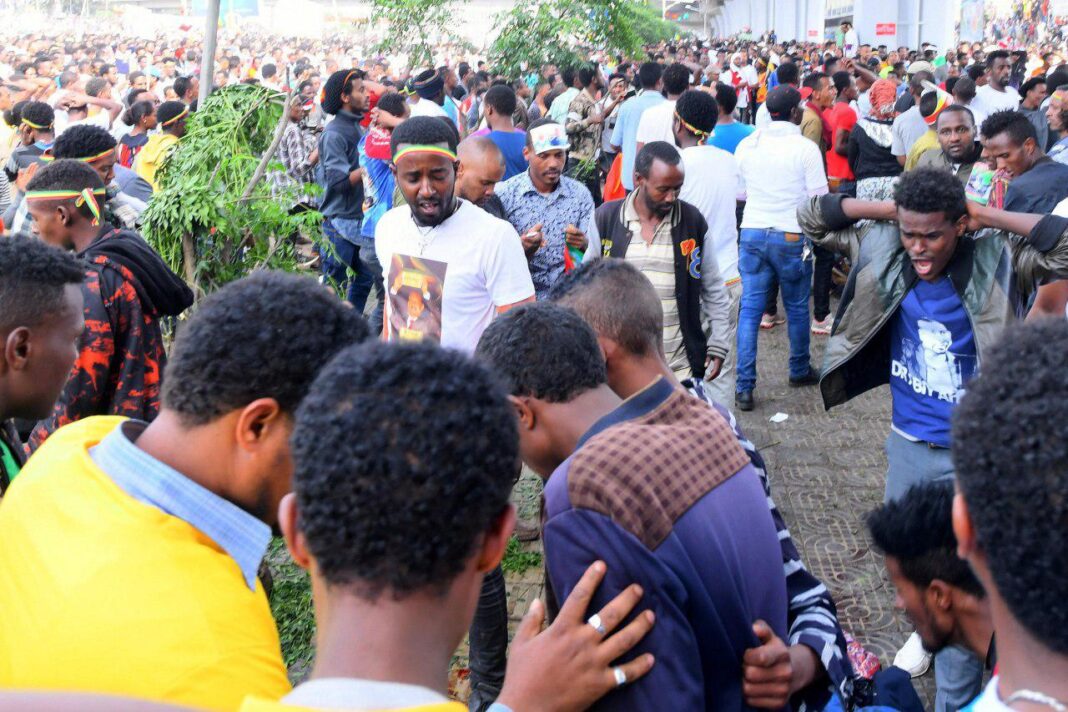 In a Sunday statement, Qassemi rejected any use of violence, and offered condolences to the families of the victims.

He also expressed Iran’s solidarity with Ethiopian people and government in their path towards progress and democracy.

Ethiopian officials say two people have died and dozens more are injured, after an explosion at a huge political rally for the new premier.

He was whisked away immediately after the blast, thought to be from a grenade thrown amid thousands of people in Addis Ababa’s Meskel Square.

Nine police officials, including the deputy head of the Addis Ababa police commission, have been arrested over alleged security lapses, Al Jazeera reported.