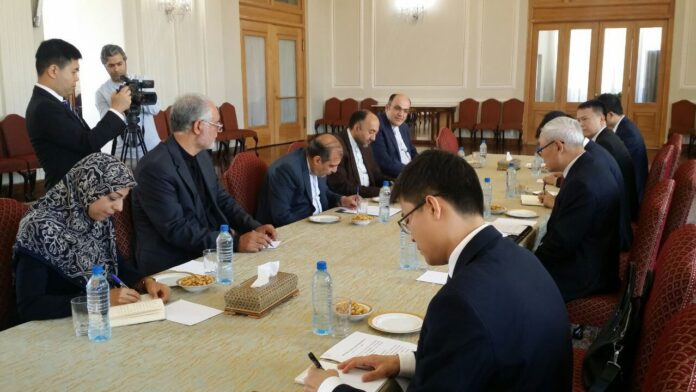 Ranking diplomats from Iran and China called for efforts to safeguard Syria’s territorial integrity in the face of US plans for northeastern Syria.

Xiaoyan and Khaji talked about the latest political, on-the-ground, and international developments relating to Syria, with both emphasizing the need for Syria’s unity and territorial integrity and for the continued fight against terrorism as a global threat, given the recent measures taken by Americans in northeastern Syria.

The Iranian and Chinese diplomats also discussed the latest status of formation of Syria’s Constitutional Committee, the necessity for the return of the displaced persons to Syria, a prisoner swap working group, the reconstruction plans in the Arab country, and the developments in Idlib and northeast Syria.

They finally stressed the necessity for constant consultations between Tehran and Beijing.

Earlier this month, the US and Turkey agreed to establish a joint operations center in order to coordinate and manage the setting up of a safe zone in northern Syria.

Iran’s Foreign Ministry has dismissed the US plan for the so-called safe zone as a provocative measure in contravention of the UN Charter.