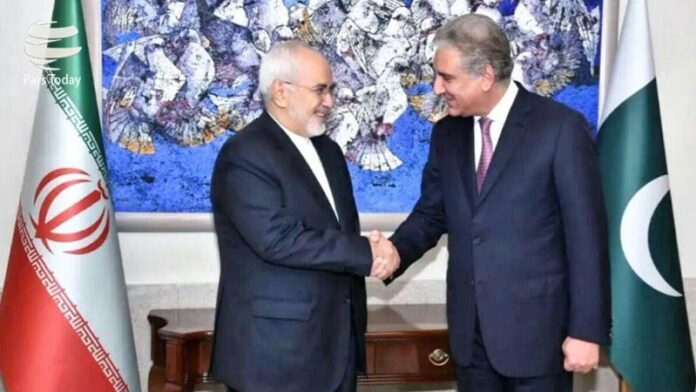 Iranian Foreign Minister Mohammad Javad Zarif and his Pakistani counterpart Shah Mahmood Hussain Qureshi have sat for talks in Islamabad on a range of bilateral and regional issues, particularly the enhancement of border security.

During the Friday talks, the Iranian top diplomat described Pakistan as a significant neighbour for Iran, saying the Islamic Republic has no limit in expanding its mutual ties with Pakistan.

He underlined that no third party can negatively impact reciprocal ties between Tehran and Islamabad and underlined the need for promoting the two sides’ relations in all bilateral, regional and international levels.

For his part, the Pakistani top diplomat stressed the importance of mutual ties between the two neighbours and called for removing the current obstacles in the way of deepening and strengthening bilateral cooperation in various areas.

During the meeting, the two sides also underlined the need for closer cooperation in removing the concerns of the Muslim World.

Iranian foreign minister then attended a luncheon organized by his Pakistani counterpart. 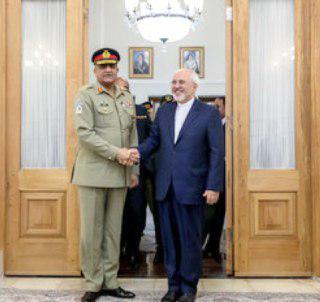 During the Friday meeting in Islamabad, the two sides discussed military ties, fight against terrorism, enhancement of cooperation to secure the borders of the two countries as well as regional collaboration.

Zarif is in Islamabad in the first official visit of a foreign diplomat since the formation of the new government in Pakistan.