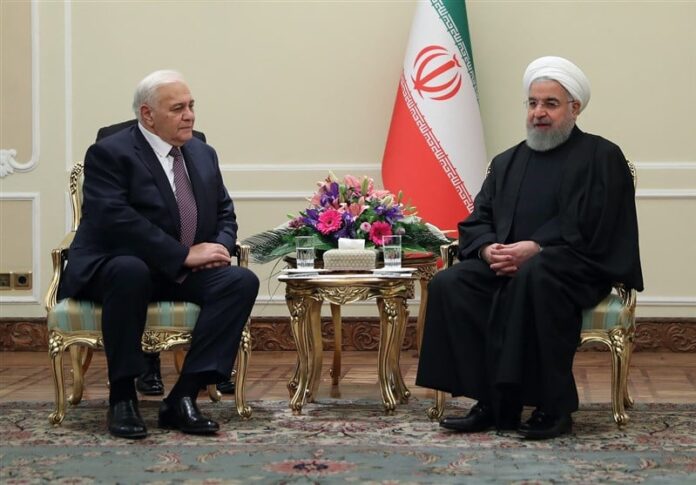 In a meeting with Speaker of the National Assembly of Azerbaijan Ogtay Asadov in Tehran on Tuesday, Rouhani stressed the need for the enhancement of relations between Iran and the Republic of Azerbaijan in industry, pharmaceuticals production, science and technology.

Pointing to the plans for mutual cooperation between the two neighbors on using energy resources of the Caspian Sea, the president expressed hope for the accelerated implementation of the agreement, which he described as a win-win deal that would serve the interests of the two nations.

For his part, the visiting Azeri parliamentarian emphasized the need for expansion of trade and economic cooperation between Tehran and Baku.

Asadov also hailed Iran’s stances on regional and international developments and its support for the sovereignty of its neighbouring states, saying the region’s conflicts could be resolved by the regional countries alone.

Azeri President Ilham Aliyev has made several official visits to Tehran over the past few years.

In one of the trips in 2016, the two sides signed eleven memorandums of understanding and agreements to promote mutual cooperation in a range of fields.