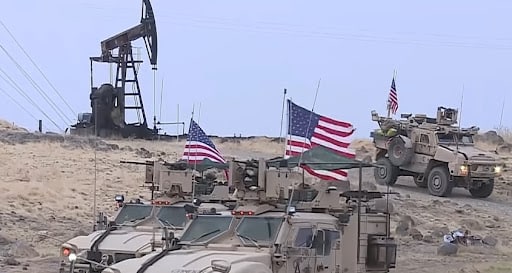 Iran’s Deputy Permanent Representative to the United Nations Zahra Ershadi has called for an immediate end to looting of Syria's oil and wealth.

During a session of the United Nations Security Council on Wednesday, Ershadi called for immediate removal of sanctions against Syria and warned that water must not be weaponized against Syrians.

She said the Syrian people have been suffering from one of the world’s worst humanitarian crises for over 10 years and that the situation is now worse than ever.

“The International community bears a serious political and ethical responsibility about this grave situation,” the Iranian envoy noted.

She urged immediate and full implementation of UN Security Council resolution 2585 which calls upon all member states to respond with practical steps to address the urgent needs of the Syrian people.

Ershadi also stressed that the ultimate solution to the situation in the war-torn country is through withdrawal of all uninvited foreign forces, defeating terrorists and securing Syria’s territorial integrity, unity and its political independence.

She said Iran will continue to help the Syrian people and government to overcome their challenges.

The Syrian army backed by Iranian advisers and the Russian air force managed to win the war against foreign-backed militants which began in 2011. It is in control of most parts of Syria but some areas are still under the control and U.S. and Turkish forces. Reports show American military convoys have been smuggling stolen oil from Syria’s oil wells.

During the war in Syria, the United States and its allies imposed sanctions against Damascus and are still enforcing them.