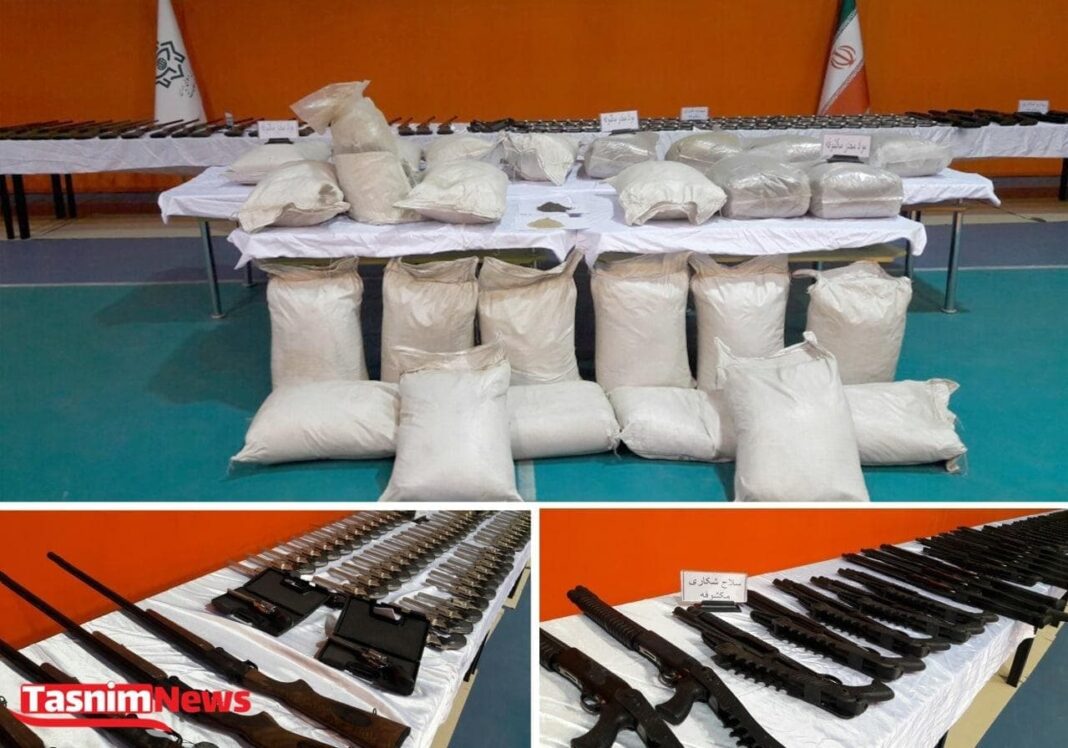 Iran's Intelligence Ministry says its forces have broken up an international weapons, ammunition and narcotics smuggling network in the northwestern province of West Azarbaijan.

Intelligence agents identified and apprehended key members of the smuggling ring led by two foreign nationals inside the country.

The arrests were made in two operations where the ammo and drug smuggling ring’s kingpin and 3 key members were arrested and some 520 kilogrammes of heroin were seized.

Large depots of arms and munitions were also discovered in provincial border villages and more than 500 different types of handguns, assault rifles and hunting guns as well as a considerable amount of ammunition were confiscated.