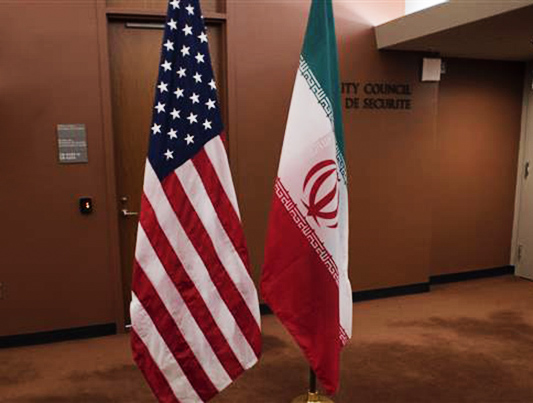 Foreign Ministry Spokesman Saeed Khatibzadeh has called the new Washington sanctions against Tehran the continuation of US failed policies pursued by the Trump administration.

The remarks came after the US Treasury Department placed six Iranian persons and one institution on Washington’s sanctions list under the pretext of their trying to impact on the 2020 US presidential elections.

“These are efforts [that are taken] out of desperation,” he added, condemning the sanctions an “illegitimate” bid on the part of a country that, itself, tows a longstanding record of interfering in various other nations’ internal affairs.

Iran had condemned the US Treasury’s latest sanctions on real and legal Iranian persons, saying the sanctions send the message that the Joe Biden administration that talks of returning to the nuclear deal, is not trustworthy.

Khatibzadeh stated the imposition of new sanctions on the Islamic Republic shows a contradictory behavior on the part of the White House.

He added that a government that talks of returning to the nuclear deal but follows in the footsteps of Trump sends the message that it is not trustworthy.

The spokesman said various administrations in the US have proved the extent of their incapability to understand the realities of the Islamic Republic of Iran.

The official added that the policy has failed to produce any results and it will not yield anything but new setbacks for the US.

In late August, Supreme Leader of the Islamic Revolution Ayatollah Seyyed Ali Khamenei stated that the new US administration has not changed the policies of its predecessor towards Iran, and further blasted the European states for lack of a serious approach towards negotiations like Washington.