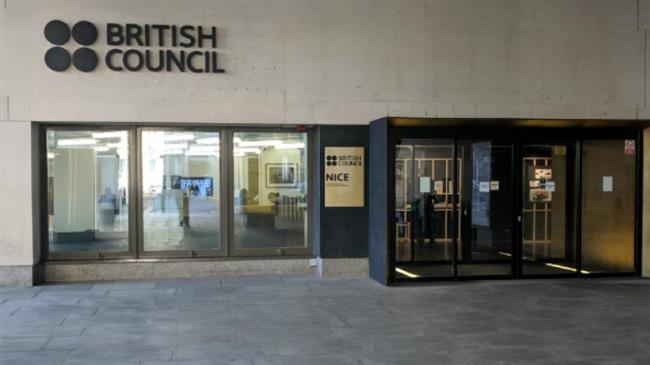 Iran’s Intelligence Ministry says any form of cooperation with the British Council — which has a record of helping London recruit spies — is forbidden and will lead to prosecution.

The ministry’s Public Relations Office said Tuesday that “the UK — which has a long history of infiltration, creating networks and generating propaganda in various countries — was planning to implement a project for cultural networking purposes” in cahoots with the British Council in Iran.

With timely action, it said, the country’s intelligence forces prevented Britain from “implementing [the project] and achieving its goal” of infiltrating into Iran’s educational sphere.

The British Council describes itself as the United Kingdom’s “international organization for cultural relations and educational opportunities.”

But to many in the international community, the British Council is merely viewed as a tool of British foreign policy.

According to its website, the British Council is not “physically present” in Iran, but one of its employees has been convicted and jailed in Iran for espionage.

It has long been suspected that British Council facilities and programs abroad are used as talent spotting and recruitment tools for the Secret Intelligence Service, better known as MI6.

The British Council’s roots can be traced roots to the “British Committee for Relations with Other Countries,” which was formed in 1934.

This foundational role has only intensified in recent years as the Council has established deep roots in over 100 countries, where it ostensibly undertakes a wide range of “cultural” and “educational” activities.

Founded as a charity governed by Royal Charter, the British Council is extensively supported by the Foreign and Commonwealth Office (FCO), a connection that it has never tried to hide.

The Council admits that 15 percent of its budget is provided by the FCO, whilst 85 percent of its turnover comes from “teaching,” “exams,” “tendered contracts” and “partnerships.”

Due to the nature of its work, and specifically its proximity to the FCO and by extension to MI6, the British Council has run into difficulties with host governments.

The most publicized case of the Council’s troubles was in Russia where it was ordered to close down its offices in December 2007.