13 Iranian Artworks Put Up for Auction at Christie’s London 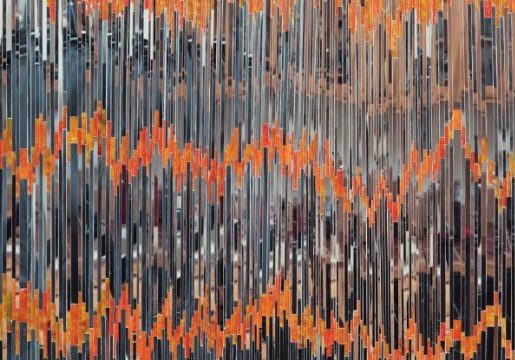 Thirteen Iranian artworks along with 44 other lots are to go under the hammer at the 23rd edition of Christie’s sale of ‘Middle Eastern, Modern and Contemporary Art’, slated for Oct. 25 in London.

All the previous 22 rounds of such an art auction was held in Dubai branch of Christie’s and this year marks the first time it is being organized in London, Honaronline reported.

The highest estimation in the collection belongs to two works: one from Iran and the other from Iraq.

The Iranian artwork with the highest price tag is a three-panel painting titled ‘Tiresia did not know much about the Future’ by painter and sculptor Bahman Mohasses (1931-2010) estimated at $262,000-327,500.

Mohasses’ oeuvre comprises paintings, sculptures, collages and felts (textile that is produced by matting, condensing and pressing fibers together).

Sepehri is considered one of the five most famous Iranians to write modern poetry. As a painter, he explored various aspects of modernity in art. His paintings are usually sold at high prices in local and foreign auctions.

A sculpture by acclaimed artist Parviz Tanavoli from his ‘Heech’ series titled ‘Standing Lovers’ is also among the lot; the piece is estimated to be sold between $28,820 and $36,680.

Tanavoli, 80, is an internationally recognized contemporary artist with a profound knowledge of Iranian history and culture. He is best known globally for his calligraphic work ‘Heech’, the Persian word for ‘zilch’, based on which he has made tens of various sculptures.

Two paintings by Farhad Moshiri will be presented at the event: ‘Floating Bowl’ and ‘I Am Full of a New Love’—an oil and acrylic on canvas painted in 2004.

Moshiri, 53, is a Tehran-based artist who studied fine arts at California Institute of the Arts. Drawing equally from eastern and western traditions, he is best known for his technically exquisite and conceptually rich paintings.

‘Heartbeat’, a special work by Monir Farmanfarmaian, a mirror, reverse-glass painting and plaster on panel, is also to go under the hammer.

Other Iranian artworks include an acrylic and ink painting on canvas named ‘ Peacock’ by Nasrollah Afjei, ‘Blue Miniature’ by Kourosh Shishegaran, ‘Bloody Hunt’ by Reza Derakhshani, ‘Sary Fe Azar’ by Charles-Hossein Zenderoudi, and ‘Burn it Down’ by Ali Banisadr.

Generally, the Iranian works have earned estimations above the average for the 57 artworks.

Christie’s, the world’s leading art business, holds around 350 auctions annually in over 80 categories, including all areas of fine and decorative arts, jewelry, photographs and collectibles.

It has a global presence in 46 countries, with 12 salerooms across the world, including in London, New York, Paris, Geneva, Milan, Amsterdam, Dubai, Zurich, Hong Kong, Shanghai and Mumbai.