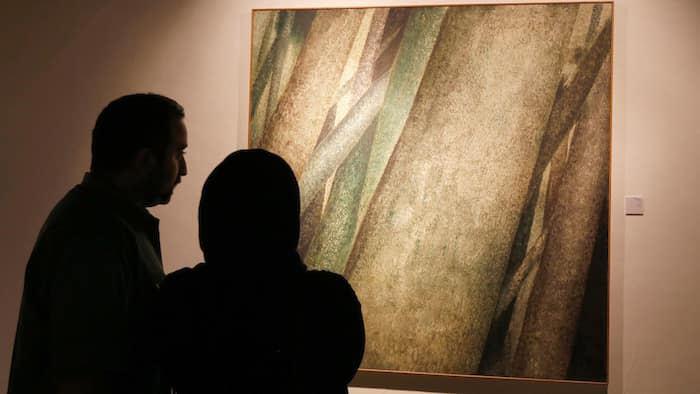 In an art exhibition in Iran, artworks by Iranian and Arab artists have been put on display in a rare show of bonhomie in a region blighted by conflict and rift.

The Land of the Solidities, an abstract oil painting of a fully veiled Arab woman by Mounirah Mosly, a Saudi artist, hangs near an untiled piece by the late Sohrab Sepehri, one of Iran’s best known poets and painters, Financial Times reported.

The fact that the works are displayed at the same exhibition in Tehran provides a rare show of bonhomie in a region blighted by conflict and bitter rivalries. For Iran the event is unique — it is the first time that the predominantly Persian state has hosted such a public display of Arab art. 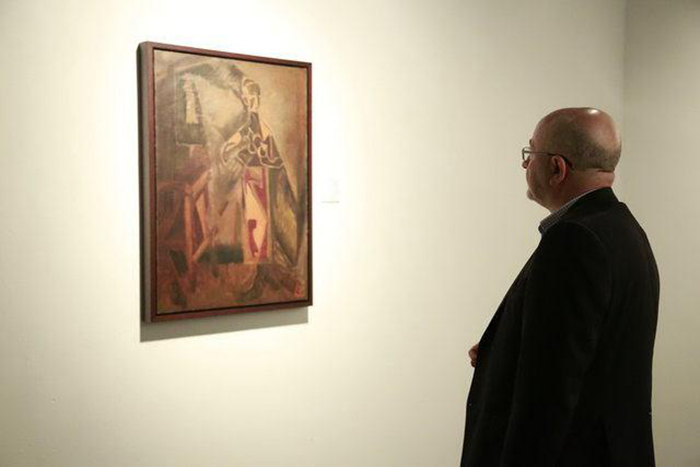 The organisers touted it as an opportunity to use culture to bridge some of the regional divides, and it is notable that two works from Saudi Arabia are on the display.

Karim Sultan, curator at the Sharjah-based Barjeel Art Foundation that put on The Sea Suspended exhibition, says the exhibition is about “continuing the conversation with the Arab world.”

“In this crisis-hit region where we live, an art dialogue is the responsibility of artists, despite all the tensions between us and our neighbours,” Mr Rasoulof says. 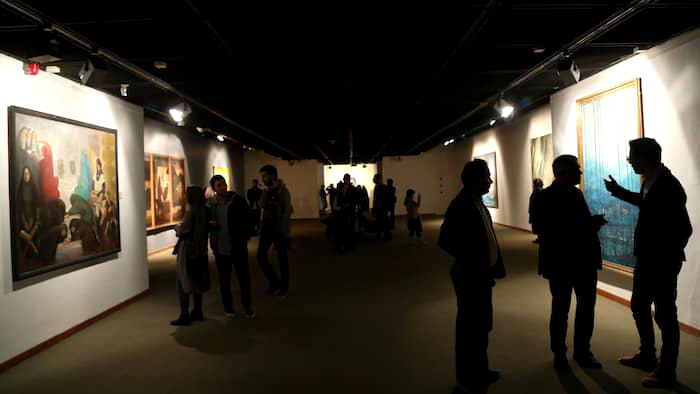 Saudi Arabia cut diplomatic ties and halted flights to and from Iran on January 3 following attacks on vacant Saudi diplomatic premises in the Iranian capital and the city of Mashhad by angry people protesting Riyadh’s execution of prominent Shiite cleric Sheikh Nimr.

In the volatile environment, Sadeq Kharrazi, a renowned Iranian art collector and a former ambassador to the UN and France, says culture can be a tool of diplomacy.

The exhibition — held at the state-run Tehran Museum of Contemporary Art — was “a step forward for helping make people in the region closer to each other,” he says.

“Tensions should decrease and artists are well-positioned to fill the gap between people in the region and politicians,” he adds. 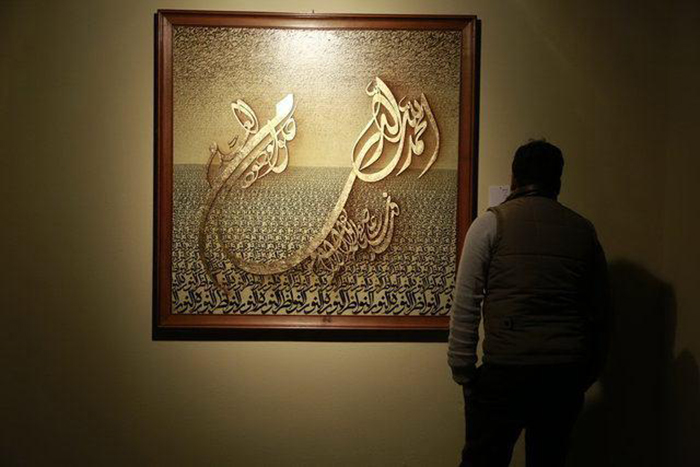 The exhibition includes 40 paintings covering a period from the 1940s to 1990s by Arab artists from countries including Egypt, Morocco, Iraq, the United Arab Emirates and Algeria. There are an equal number of Iranian pieces on display.

The theme of the exhibition reflects on the emergence of abstract Arab art and the artists’ experiences of everyday life.

It is being held at a time when President Hassan Rouhani’s government is seeking to repair the nation’s image and re-engage with the world following its landmark nuclear agreement last year that saw many western sanctions on the Islamic Republic lifted. 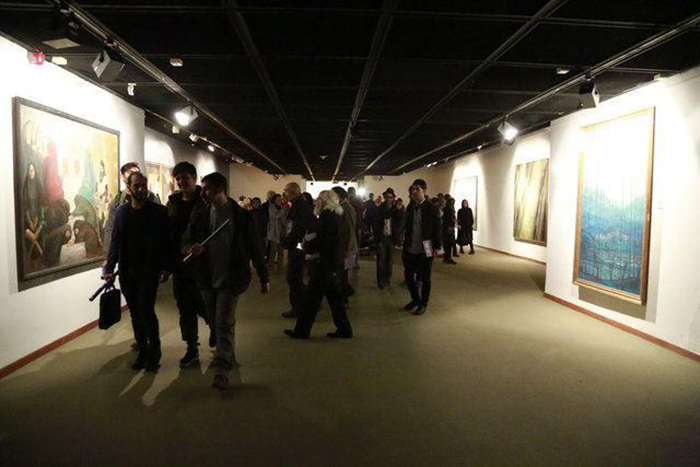