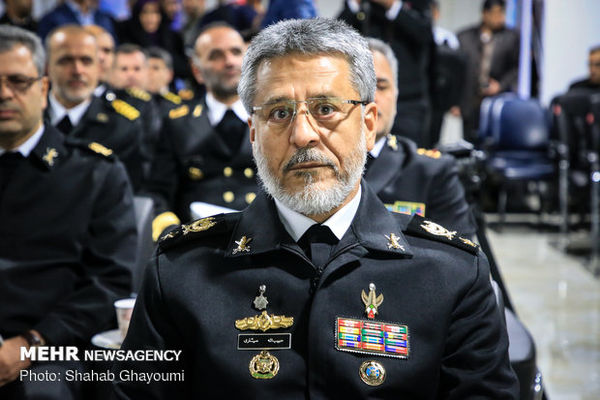 Iran's Army says it has fulfilled the goals of massive military drills codenamed Zolfaghar 1400 that were held earlier this week.

“By carrying out this exercise, we gained more confidence in our preparedness to confront any aggression or threat,” the Iranian Army’s Deputy Commander for Coordination Affairs Rear Admiral Habibollah Sayyari said in an interview with national TV on Tuesday.

“One of the goals of the military forces and the Army of the Islamic Republic of Iran is to maintain readiness in time of peace and the ability to respond decisively… to the mistakes of the enemies in time of war,” the Army commander stated.

He said that the drills were aimed at improving deterrence against future threats, self-confidence in monitoring and dealing with threats, foresight in operational, intelligence and training areas, and enhancing preparedness in large-scale land, air and sea operations by relying on indigenous technologies and achievements.

Rear Admiral Sayyari noted that many countries are monitoring the power of Iran’s military and operational might and that such drills in peacetime has deterrent and strategic effects.

The latest exercises were launched on Sunday morning and wrapped up on Tuesday.

The Army’s Ground Force, Navy, Air Force, and Air Defense took part in the annual drills that covered an area of more than one million square kilometers east of the Strait of Hormuz and the Sea of Oman and north of the Indian Ocean.