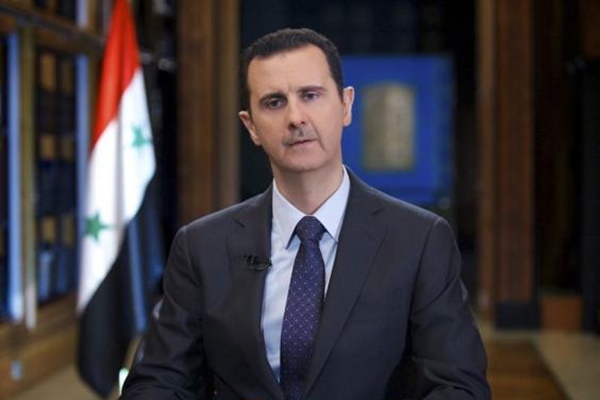 Syrian President Bashar al-Assad says his country would allow Iran to build military bases in Syria if it wants to, as it has already given the green light to Russia as well.

Assad says if Iran wants to establish a military base in Syria, the Arab country will have no problem with that because the relations between Tehran and Damascus are strategic.

“There are no Iranian military units in Syria and there are only Iranian advisers in the Arab country, because Syria had a long history of relations with the Islamic Republic even before the war, and the two sides have strong military relations,” pointed out.

Speaking in an interview with Al Alam News Network, he further noted that the involvement of Americans and Zionists has prevented peace in southern Syria.

Assad went on to say that the Zionist regime continuously bombs Syrian forces on the southern front to directly support the terrorists.

The Syrian president also stressed that he will visit Iran at the earliest and nothing can prevent this trip.