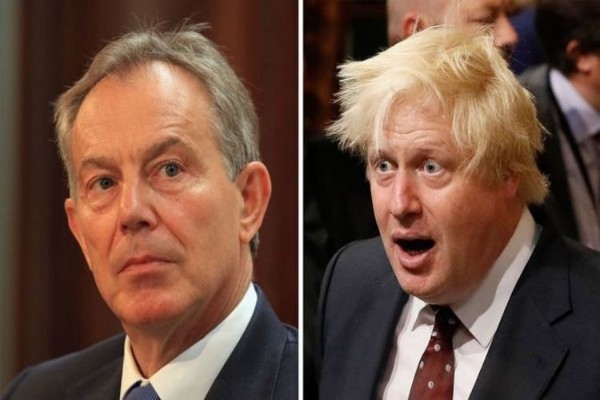 A former Iranian minister has advised British officials to put more time on studying history and learn from the experiences of former British Prime Minister Tony Blair in the Middle East instead of fanning the flames of a new conflict.

“British officials and particularly Johnson who is close more than even to the premiership thanks to Trump’s support should read Blair’s memoirs once more,” he was quoted as saying in a report by Khabar Online website.

“Tony Blair who is also known as B Liar has described his government’s support for Saddam in war on Iran as a strategic mistake by the US and the UK, a destructive mistake,” he noted.

According to Mohajerani, in his memoirs, titled A journey, Blair says he has done what he thought were right but today he wishes he had never committed them.

Blair’s self-penned book is about his tenure as Prime Minister of the United Kingdom. Published in the UK on 1 September 2010, it covers events from when he became leader of the Labour Party in 1994 and transformed it into “New Labour”, holding power for a party record three successive terms, to his resignation and replacement as Prime Minister by his Chancellor of the Exchequer, Gordon Brown.

Mohajerani’s recommendation came after the UK joined the US to accuse Iran of being behind the recent oil tanker attacks in the Gulf of Oman.

After carrying out its own assessment the UK Foreign Office issued a statement saying, “It is almost certain that a branch of the Iranian military attacked the two tankers on 13 June. No other state or non-state actor could plausibly have been responsible.”
Iran has vehemently denied the accusation as unfounded.