Introduction to Astrology: Skimming the Surface 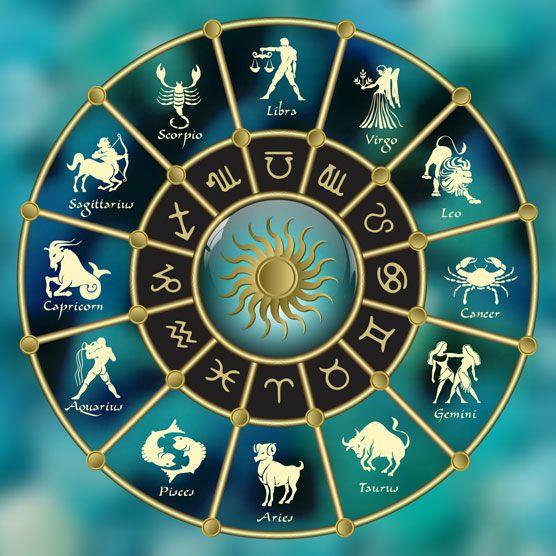 Astrology is an ancient language of symbols. The symbols correlate to life in all its aspects. Astrology is wonderful tool for both self-discovery and for understanding the cycles of change - the essence of life. Astrology is defined as an art, as a science as well as an intuitive art.

Lots of articles have been written from all sides of the fence. In astrology many of the traditional rules have been lost, and many more have been added during 20th century. Some textbooks in astrology are opinions based on experience and the use of astrology others are based on serious research and old texts, however, at this point in time none from either category are accepted by all astrologers.

The one and only concept astrologers, as a group, agree upon is that Jupiter is the biggest planet.

I am writing this in hopes of providing a basic primer on astrological concepts and on how to study astrology, and where to start.

Astrology is a symbolic language, and much in the same manner we learn a foreign language we can learn astrology. Translators and interpreters take words and sentences and write or say them in another language.

Astrologers do the same with symbols. Astrologers themselves argue about what astrology is, some call it an intuitive art and some call it a science, the truth lies somewhere in between. However, the symbols become words when the astrological chart is interpreted, hence I choose to refer to it as a symbolic language.

Webster’s Dictionary gives the meaning of the word astrology being astron = star, and logia = to speak. Both astrology and astronomy are based on observation, up until the 16th century there was no distinction.

The word astronomy has the same prefix and the latter part of the word is nomos, which means to arrange. The definition for astronomy is the science of heavenly bodies – fixed stars, planets, satellites and comets – their nature, distribution, magnitudes, motions, distances, periods of revolution, eclipses, etc. Astrology is defined as the divination of the supposed influences of the stars and planets on human affairs and terrestrial events by their position and aspects.

Apart from definitions based on dictionaries, astrology is basically a language like any other. It is a language of symbols, which dates back to 8000 BCE when the Assyrians, Babylonians, Egyptians and Mayans had astrologers who observed the heavens in view of fate, events and destiny.

The chart that astrologers cast is called a horoscope. Horos means time, and scopos means an observer. Astrologers recorded their observations on time, events and cycles, and passed the information on. So literally an astrologer speaks about the stars based on the observation of time. Astrology is not a belief system, it is not a religion nor is it witchcraft or clairvoyance.

The first actual textbook on astrology was written less than two millenniums ago by a mathematician called Ptolemaios. He practiced in Egypt during 150 AD to 180 AD. The first ephemeris was printed by the Greeks. An ephemeris is an almanac, similar to the Nautical Almanac sailors use to plot their position at sea. One of the most recognized astronomical calendars is the Stonehenge which is estimated to date back to 1600 BC – 1400 BC.

Ancient astronomer priests recorded their observations on lunar cycles, the solstices and fixed stars by carving markings onto the stone. Scientists today find the calendar accurate today. Computers accurately generate Modern ephemerides. An ephemeris is the main tool for an astrologer, as it gives the astronomical positions of the celestial bodies at noon or midnight every day.

Ancient astrology knew the Sun, the Moon, Mercury, Venus, Mars, Jupiter and Saturn. In those times it was mostly used for predicting events for the benefit of the ruling classes, the ordinary person lived a relatively short life of toil.

The three Wise Men to visit Baby Jesus bearing gifts were astrologers; the founding fathers of the United States were well versed in astrology, namely Benjamin Franklin and Thomas Jefferson. Sir Francis Bacon and Carl Jung both spent time in astrological study. President Reagan used astrology, according to rumors he had 12 astrologers on his payroll.

But what is it that astrologers do?

Firstly a horoscope has to be calculated using an ephemeris and tables of houses. The information the astrologer needs is the date, time and location of birth. Most astrologers use either a computer or a computer service to perform the time consuming calculations.
The horoscope is a circle divided into 12 segments called houses, the planets Sun through Saturn as well as the more recently discovered outer planets Uranus, Neptune, and Pluto each have their position at a particular degree on the circle.

The 360° circle is divided into 30° segments according to the 12 constellations (sidereal or star-based) or zodiac signs used in astrology; Aries, Taurus, Gemini, Cancer, Leo, Virgo, Libra, Scorpio, Sagittarius, Capricorn, Aquarius and Pisces. Constellations are a sidereal (star based) perspective and the zodiacal signs are based on tropical astrology.

The wheel is 360°, and aspects are divisions of it. Each aspect has its own unique quality. There are two basic kind of aspects; the harmonious, producing ease for the use of the energies, and friction aspects, which produce growth, action and change in an individual.

Most of us are aware of the horoscope columns in newspapers and magazines based on the position of the Sun on the day of their birth. This kind of astrology divides people into twelve categories.

At best this can only be 30% accurate according to most astrologers. Planets represent outlets for energy, and each one of us has the Sun, the Moon, Mercury, Venus, Mars, Jupiter, Saturn, Uranus, Neptune and Pluto uniquely located in our own birth chart. The 12 houses describing areas of life are equally unique.

The zodiacal signs, named after constellations, define a kind of energy; the birth charts of twins vary enough to make a difference, small but yet significant. There are several other components that are delineated to give a full view of the person.

The picture of the heavens at the time of birth weaves a very intricate picture of a person; it is like a fingerprint – unique to the individual. Sun sign astrology is like peeping through a tiny keyhole, you cannot see the full vivid picture the chart paints.

Once the planetary positions, house divisions and aspects are drawn onto a chart wheel the astrological analysis can begin. An astrologer is a lot like a translator, if she or he only knows the meaning of the planets it is like knowing the words but not being able to make coherent sentences.

It takes more than basic knowledge of a foreign language to be able to write the same text in another language, it takes a feel for the language. As a professional translator I know that the work requires more than just the knowledge of words and grammar. The very same principle applies to astrology.

Life is much more complex today than a hundred years ago, we cope with countless issues that people in medieval times didn’t have. Divorce, competitive careers, increased educational demands, substance abuse, alcoholism, household chores combined with a full-time career, stress, mid-life crises… Not so long ago people didn’t live long enough to have a mid-life crisis. We don’t accept things as par for the course any more, we know about childhood traumas, dysfunctional families, codependency, increased suicide rates…

But what if there was a tool that could help explain to you why you feel this way, why you have such low self-esteem, or simply why do you feel as if you just treading water instead of getting on with life.

What if someone could point out that there really is light at the end of the tunnel. Or perhaps you are uncertain of your capabilities and talents as a creative person, which is when learning more about yourself might help you acknowledge and realize those dreams.

A horoscope is like a road map or a blueprint we created for ourselves to guide us through this life. It gives us the paths and roads we can follow. We may choose to use it or discard it, nonetheless it does describe everything about us – our inherent strengths and weaknesses, our skills and talents, our insecurities, our views of our parents, children, as well as people in general.

Astrology is a symbolical language, which reveals our personality, appearance, emotions, feelings, and events in our lives. But as with any blueprint the plans may be altered and changed according to our free will. The philosophical debate about what free will really is I leave to the philosophers.

As astrology is based on symbols, which reflect on mythology as well as thousands of years of knowledge, the meaning of the many energies and the way they relate to our lives can be “translated” in several different ways.

There is no such thing as a complete delineation of a natal horoscope, as it is conceivable that it would result in an Opus – because all that we are and all that we do is contained within our own blueprint.

For instance, if three people read the same book or view an object of art, they will all describe and respond to it differently. The same is true of three astrologers reading a chart, the basics will be the same, but the nuances in the delineation can change the analysis dramatically.

I view astrology as tool for self-discovery. Its ultimate gift is to enable us to learn to know and love ourselves. Once we are in tune with the planetary forces in ourselves, we are in harmony with the world. Being fully aware of our own potential allows us to accomplish ‘our mission in life’. Much along the lines of NBC’s campaign “The more you know…”

Modern astrology is geared toward personal growth, learning about our potential, learning to know ourselves, finding out more about our emotional and psychological make-up. I used to think astrology was hogwash, and certainly the columns I read in hopes of finding something nice written about me, one of the 333,333,333 Scorpio Suns inhabiting our planet, made me classify it as fairy tales.

Now that I have found my complete chart, and learned to translate the symbols into words reasonably well,

I use astrology because I have determined for myself how well it works. Just like each individual is complex and unique so is the science-art of astrology. For the complete study of this subject a lifetime seems inadequate, but the rewards are immeasurable.