In Iran, Felt-Making Has Roots in History 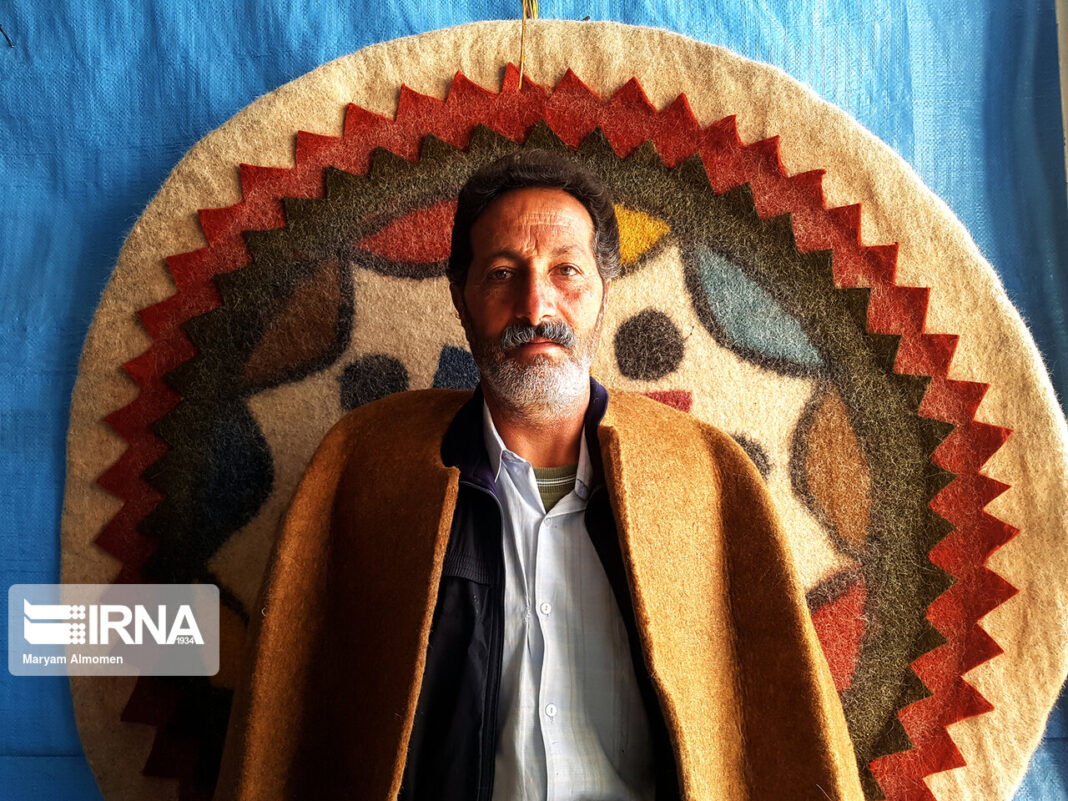 The art of making felt is an age-old tradition in Iran’s western province of Chaharmahal and Bakhtiari that was invented by the ancient people, since the region is a major producer of livestock and wool, the natural fabric used in the felt.

Felt is a textile material made up of wool and used mainly as traditional flooring. The material is known as ‘Feutre’ in France.

In the process of manufacturing felt, which is normally called ‘felt-rubbing’ in Iran, there is no need to weave anything, but the combination of compression and hot water causes the fibers to hook together into a single piece of fabric.

The physical properties of wool, which can be curled around and create membranes, allows for the production of felt.

In June 2011, felt-making art in the province of Chaharmahal and Bakhtiari was inscribed on the list of national intangible heritage.

Many felt producers in Chaharmahal and Bakhtiari are university graduates with academic degrees in designing, handicrafts and other fields.

What follows are IRNA’s photos of the art: