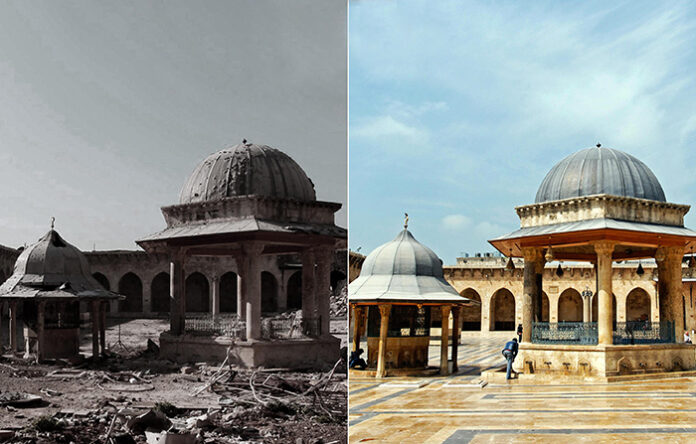 Amid Iran’s decision to allow Russian jet fighters to use an airbase in Iranian city of Hamadan for the fight against terrorists in Syria, the office of Ayatollah Seyyed Ali Khamenei, the Leader of the Islamic Revolution, has published a picture that explains why Iran is so much involved in Syria war.

Here is IFP’s translation of a report by Khabar Online on the picture published by the Leader’s office:

On the top left side of the picture, we see a photo of Aleppo in Syria before the beginning of the civil war, and on the top right, we can see what happened to the same place after the war.

“A person who goes from Iran to Iraq and to Syria in order to stand up against these Takfiris [extremists] in the name of defending the Ahlul Bayt’s shrines is, in fact, defending his own city,” the Leader said in an address on June 25, 2016.

“They went to fight the enemy and if they did not, this enemy would be inside the country. … If they were not stopped, we would have to fight them in Kermanshah and Hamadan and other provinces,” Ayatollah Khamenei said in a January 25 meeting with families of Iranian martyrs killed in the fight against terrorism. 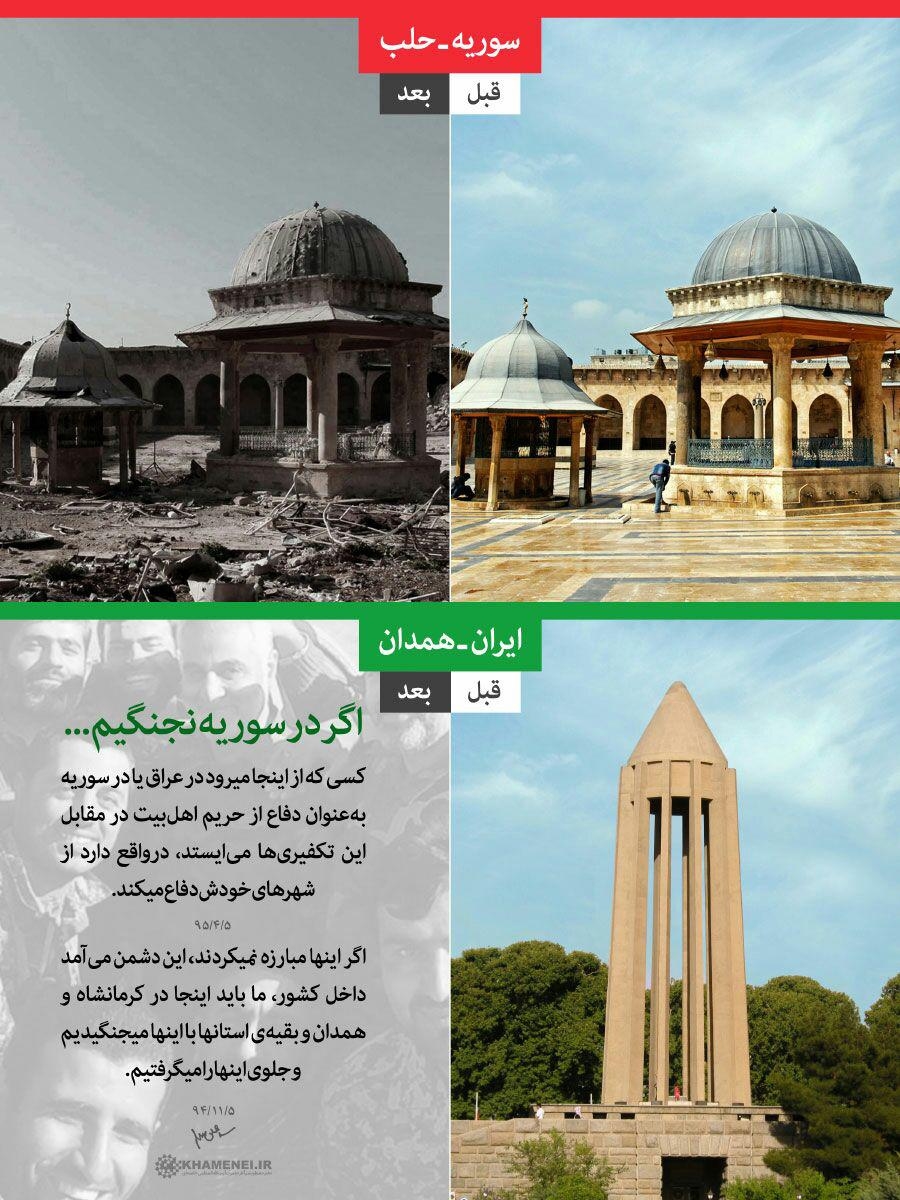