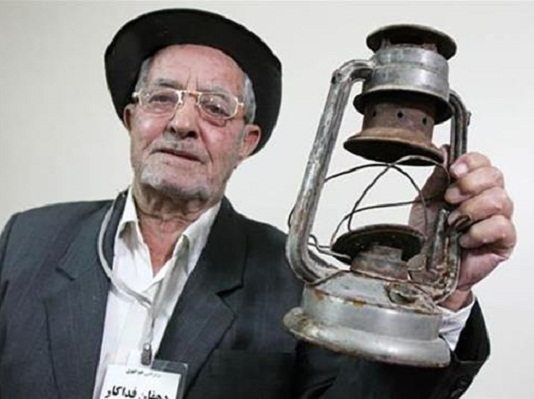 Iranian iconic villager, Azbar Ali Hajavi, also known as Riz Ali Khajavi, who bravely saved the lives of passengers of a train from a crash some 56 years ago, has succumbed to lung disease at the age of 86.

Best known as Dehqan-e Fadakar (literally meaning sacrificing farmer), Khajavi was admitted to a hospital in the city of Tabriz due to a severe pulmonary complication on November 14 and died on Saturday.

He was born in February 1931 in the northwestern Iranian city of Mianeh. For decades, his sacrifice story was taught in Iranian schools.

On a cold night in 1961, Khajavi, then 32, detected a landslide while walking along a railroad. He then took off his jacket and tied it to a stick and set it on fire while running toward a speeding train and screaming to draw the train conductor’s attention.

However, the conductor did not understand Khajavi’s move and the hero was finally forced to fire his gun into the air to stop the train.

Following Khajavi’s demise, a day of mourning was declared in city of Mianeh.