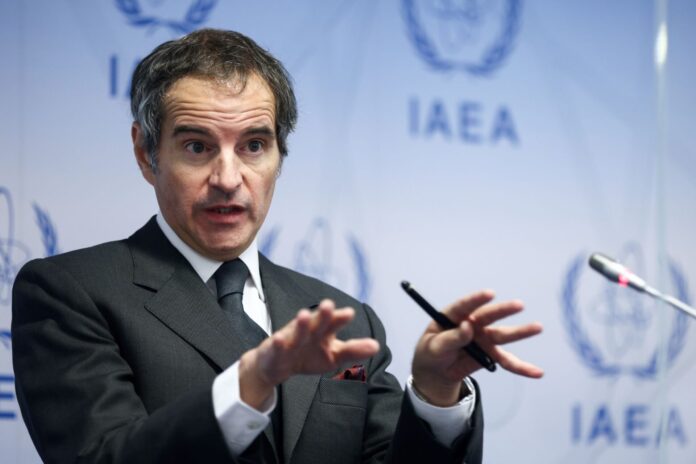 The next weeks will be crucial for saving the Iran nuclear deal, also known as Joint Comprehensive Plan of Action (JCPAO), says the International Atomic Energy Agency (IAEA) chief.

Rafael Grossi also said he will hold a meeting with the Iranian officials in Tehran within days over the country’s nuclear programme.

The next few weeks will be “decisive” in determining whether the United States and Iran can return to indirect negotiations and resume efforts to revive the 2015 nuclear deal between them, the IAEA Director General Rafael Grossi said Wednesday.

Iran, in response to an urgent appeal by Grossi, has now extended an invitation for him to meet with its political leaders in Tehran in the coming days, Grossi stated in an interview.

On his agenda are interruptions in international monitoring of Iran’s nuclear program and other questions that, if they are not resolved, could make it virtually impossible to return to the agreement.

All other parties to the accord — Britain, France, Germany, Russia and China, with the European Union playing a coordinating role — as well as the United States, have confirmed to him that if the monitoring regime is not fully restored, “it would be extremely difficult to have an agreement of this type,” Grossi added.

What amounts to a deadline for returning to the talks is tied to a meeting of the IAEA board of governors scheduled for mid-November. The European parties have repeatedly threatened to issue a condemnation of Iran and consider reimposing sanctions if it does not comply with verification commitments.

The sense of urgency comes as the Joe Biden administration last week indicated a shift in its posture toward the delayed resumption of the talks, from warning that the timeline was not infinite to saying it was prepared to consider what Secretary of State Antony Blinken called “other options if Iran does not change its course.”

In the dispute over access for the IAEA, the United Nations nuclear watchdog, an advanced centrifuge manufacturing facility has emerged as a key obstacle. Under the 2015 pact, Iran agreed to allow continuous monitoring — including with video cameras — of important nuclear facilities, including the complex of Karaj, just west of Tehran.

In June, the Karaj plant was heavily damaged by an explosion that U.S. officials say they believe was an act of sabotage, presumably by Israel. Some of the IAEA monitoring equipment was damaged or destroyed, and Iran has refused to allow the agency to return it to operation. Meanwhile, months of monitoring data appears to be missing or possibly destroyed.

Earlier, IAEA inspectors had found traces of enriched uranium at three other undeclared facilities that Iran has refused to explain.

“This goes to the heart of the credibility of the Iranian declaration in general,” Grossi noted.

As part of the original agreement, Iran was required to declare facilities in its nuclear program.

Tehran suspended the negotiations in June after six sessions when its newly elected president, a hardline cleric, said he wanted to review what had previously been agreed. The government has said it would return to the table “soon” but has declined to set a date.

Under the original accord, Iran agreed to limits on the quantity and quality of enriched uranium it produced, as well as strict monitoring and verification by the IAEA.

Although Iran has consistently denied it intends to build a nuclear weapon, the United States announced at the time that it was only months away from accumulating enough fissile material for a bomb. Once the deal was in place, that “breakout time” was said to have extended to a year or more.

Former president Donald Trump called the agreement, negotiated by the Obama administration, a “bad deal” and withdrew from it in May 2018, reimposing US sanctions that had been lifted as one of its conditions.

Although the other parties remained in the pact and UN and other sanctions were removed, the weight of the punitive US measures — to which Trump added hundreds more — have exacted a heavy toll on the Iranian economy.

A year after the US withdrawal, Iran said it was justified in violating its terms. It began installing sophisticated new centrifuges and, in recent months, saying it was enriching uranium up to 60 percent, close to weapons-grade. Iran’s “breakout time” is now estimated again at two to three months.

Biden promised during his campaign to reenter the accord, and negotiations in Vienna started in April. Iran refused direct talks with the United States, and the European partners have acted as go-betweens for the two delegations.

Despite public expressions of mistrust, considerable progress was said to have been made to bring both sides back into compliance with the original deal.

Looming over any resumption of talks is the question of whether Iran’s nuclear program has advanced to the point where it would be difficult to return to where it was in 2015.

“It’s obvious to all that the situation on the ground has changed,” stated Grossi, who met in Washington with Blinken on Tuesday.

But the more immediate question, Grossi said, is whether the IAEA can give the others a comprehensive picture of where the Iranian program now stands.

“It’s obvious that if this element is not there, this baseline of information, how can they walk back into an agreement without having an idea of what the reality is on the ground?” he added.

The head of the Atomic Energy Organization of Iran, Mohammad Eslami, has urged the UN nuclear agency, the IAEA, to clarify its stance on the attack on Tessa Kara Complex near Tehran.

Eslami noted the nuclear site once came under a terrorist attack by the Zionist regime and it is necessary that International Atomic Energy Agency clarify its position on the incident.

The agency says Iran has failed to fully honor the terms of a deal struck some three weeks ago to allow the watchdog’s inspectors to service monitoring equipment in the country.

At the same time Iran’s envoy to IAEA has announced that the director general’s report isn’t accurate and goes beyond the agreed terms of the joint statement. Meanwhile, Iran insists that the agency must first condemn the terrorist attacks and acts of sabotage against its nuclear facilities.