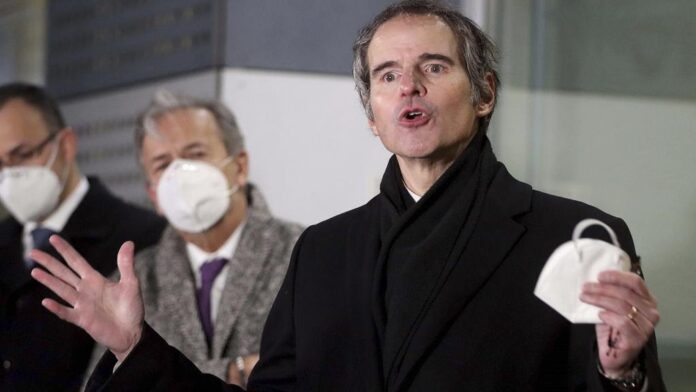 The director general of the International Atomic Energy Agency (IAEA) says there is no need for the agency’s Board of Governors to issue a resolution against Iran.

Upon return from his day-long trip to Tehran, Rafael Mariano Grossi told reporters at Vienna airport that some issues between the IAEA and Iran were settled during his visit to Tehran.

Grossi underlined the IAEA had reached an agreement with the previous Iranian administration, adding the new Iranian government, too, should abide by the agreement in order to settle the outstanding issues between the agency and Iran.

The IAEA chief, however, underlined that his agreement with Tehran was not a permanent one; rather, he explained, the agreement would give diplomacy some time with the IAEA missing any information on Iran.

Grossi added that after the IAEA’s monitoring camera are serviced, the agency will need to sit down for talks again with the new Iranian administration and discuss issues which are cause for concern.

Grossi added he will share his views with the IAEA’s Board of Governors, which will accordingly make a decision on whether or not to adopt a resolution against Iran.

However, he added, there is no need to issue such a resolution as had settled the most immediate issue with Tehran, i.e., the possibility of imminent losing of information.

Grossi also discussed his negotiations with Eslami as straightforward and constructive.

Following Grossi’s talks with Eslami, the two sides issued a statement under which IAEA inspectors will be allowed to service specific monitoring equipment at Iranian atomic sites and replace their memory cards, which will be maintained under the Iran-IAEA joint seal.

The meeting of the IAEA’s Board of Governors kicks off on Monday in Vienna.

Iran and the IAEA had been at odds over a number of issues, namely Iran giving the agency access to the footage recorded by monitoring cameras installed at Iranian nuclear sites.

Difference grew between Iran and the IAEA after Tehran scaled down its commitments under the 2015 Iran nuclear deal known as the Joint Comprehensive Plan of Action (JCPOA) following former US President Donald Trump’s unilateral withdrawal from the deal.

Iran restricted the IAEA’s access to monitoring cameras at its nuclear sites, saying the country will fully comply with its nuclear obligations only if the other signatories to the JCPOA keep their side of the bargain.