The Huge Cost of Refugees in Iran 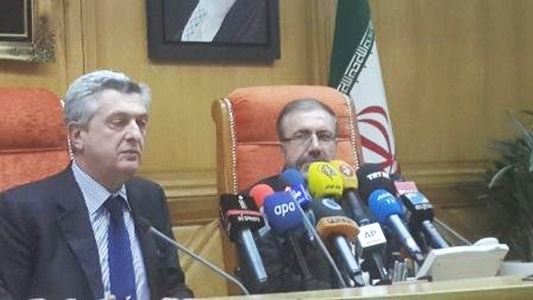 Deputy Interior Minister for Security and Law Enforcement Hossein Zolfaghari said 753,000 people who illegally entered the country were returned to their homes last year, adding that this imposes a huge cost on Iran.

Speaking at a joint press conference with the United Nations High Commissioner for Refugees Filippo Grandi on Saturday evening, June 18, Zolfaghari pointed to three types of expenses in connection with the issue of refugees and migrations on Iran.

“Iran has the largest refugee population, with the longest period of nearly four decades, imposing huge costs. The next type [of cost] is that the Islamic Republic of Iran has contributed as much as possible to the reconstruction of Afghanistan and providing its security and development,” he said.

Zolfaghari noted that Iran has also made great efforts in preventing illegal migration to other countries, especially to Europe.

“What we reached as a fundamental solution together with the UNHCR chief today is that the most basic work to solve the refugee problem is for the international community to take responsibility to eliminate insecurity in the region and also deal with extreme poverty in these countries,” he added.

“As long as Afghanistan suffers from insecurity and deteriorating living conditions, refugees will never return home voluntarily,” Zolfaghari added. He called for the international community to help Afghanistan restore security and development and provide better conditions for refugees to come back home.

The second solution, he went on to say, is to help Afghanistan restore its infrastructure and to develop.

Zolfaghari said the other solution is temporary housing of refugees in other countries, which is unfortunately declining, but can significantly help the refugee crisis.

He emphasized that the international community’s assistance to the Islamic Republic of Iran for healthcare, education, livelihood and employment should be increased.

“Iran spends $570 for the education of each Afghan and Iraqi student annually,” he said, stressing that international aid should be increased to provide better services to refugees.

He expressed his satisfaction with the good coordination between the Islamic Republic of Iran and the UN High Commissioner for Refugees, and hoped his trip would help solve the problems of refugees in Iran and the region.