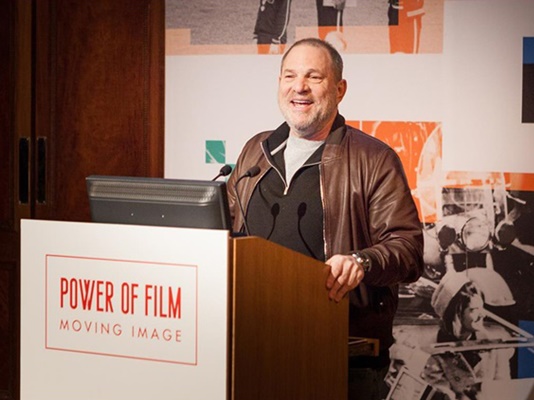 American film producer and film studio executive Harvey Weinstein is another Hollywood figure who has opposed US President Donald Trump’s immigration ban and backed Iran’s acclaimed filmmaker Asghar Farhadi and his decision not to attend the Oscar ceremony.

Delivering a keynote speech at the Power of Film and Moving Image conference in London on February 9, Weinstein said, “If that ban sticks, it will be terrible. We’ve already seen [the effect with] this wonderful movie ‘The Salesman’ (nominated for best foreign language film). The director at this point can probably come in now before the appeals court rules, but he couldn’t come in before.”

The co-chairman of Weinstein Company was speaking before a US federal appeals court rejected Trump’s attempt to reinstate his travel ban on nationals from seven mainly Muslim countries, screendaily.com reported.

“So you start to lose talent, especially the director of an academy award-nominated movie and a man who’s won the academy award (for ‘A Separation’ in 2012). Iranian movies like ‘The Salesman’ go a long way – better than ballistic missile tests – in uniting our two peoples,” Weinstein added.

Farhadi told The New York Times he will not attend the 89th Academy Awards in Hollywood on February 26 in protest over “unjust conditions forced upon some of my compatriots and the citizens of the other six countries” by Trump’s executive orders on immigration.”

“We can point to that film and say ‘this was made by an Iranian filmmaker, starring Iranian actors, look what the people are doing, look what this amazing director has done’. As a world community, we should support that,” Weinstein said regarding Trump’s controversial travel ban.

Co-founder of the entertainment company Miramax, Weinstein, 64, has produced famous films including ‘Gangs of New York’ (2002), ‘Shakespeare in Love’ (1998) and ‘Pulp Fiction’ (1994) among many others.