Herbal Healthcare and Great Potentials for Growth in Iran 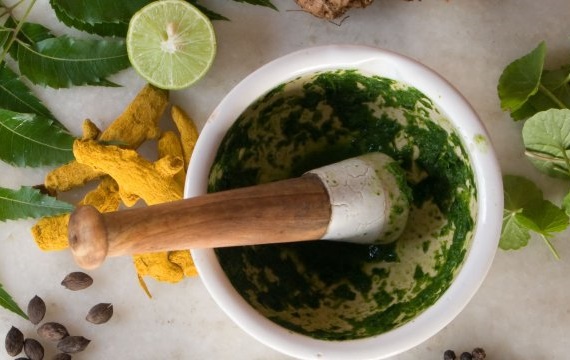 Development of traditional medicine and medicinal herbs can contribute vastly to the economics of health and medical care in the country, said advisor to health minister Dr Mahmoud Khodadoost, on Monday.

“There has been emphasis on tapping into the potential of Iranian traditional medicine,” he said addressing the Fifth Conference of Green Gold on medicinal herbs at Tehran’s Shahid Beheshti University of Medical Sciences.

High-ranking officials from the Health Ministry as well as experts in the field, attended the meet, Mehr News Agency reported.

“Globally too there has been a move to prioritize and introduce and incorporate traditional medicine in health systems,” Khodadoost noted, adding that the World Health Organization has taken steps to further promote the specialty.

Due to Iran’s geographical diversity, which includes 11 of the world’s 13 climates, more than 7,500 species of herbal plants are grown, of which 1,800 are used in traditional medicine.

Also, many of the herbal plants are unique to Iran and found nowhere else in the world.

“But the question is, how much we have succeeded to integrate authentic herbal medicine in people’s everyday lives and diets,” Khodadoost noted.

“Most households even in urban areas store herbal petals, essences, powders and extracts to provide relief for different kinds of ailments, but despite all efforts, we have not been fully able to use traditional medicine as a complement to contemporary medicine,” he said.

In the past three years the Health Ministry has taken measures to strengthen the role of Iranian traditional medicine.

Ayyazi maintained that there is room to promote Iranian traditional medicine through different strategies, registering those indigenous to Iran globally, for instance.

Iranian traditional medicine dates back more than 3,000 years and has been used since ancient times. Persian polymath Avicenna’s ‘Book of Healing’ and the ‘Canon of Medicine’ are the most authoritative sources in this field.

There are currently 30 companies producing natural herbal remedies in Iran, and all herbal medicine is manufactured on par with the quality standards as pharmaceutical drugs.