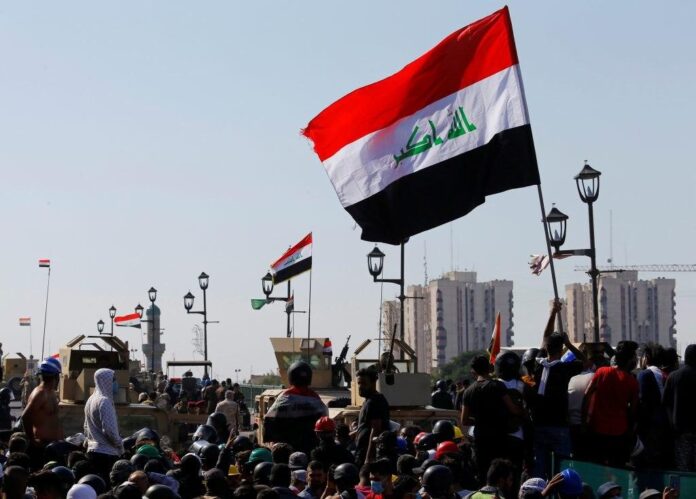 The first reactions to the US assassination of General Qassem Soleimani in an aerial attack on the Iraqi soil included fury and irritation in Tehran and the concerns about the outbreak of a new Middle East war in Washington.

Many prominent international figures immediately called on both sides to exercise self-restraint, since they had the notion that any retaliatory action by Iran would result in a full-blown military reaction from the United States. However, this did not happen, as Iran attacked two military bases of the American forces in Iraq, although the strike did not cause casualties. Meanwhile, Donald Trump refused to take retaliatory action considering the internal problems surrounding his impeachment and his personal reluctance to start a war. But unlike what has been predicted, the course of developments has not ended pleasantly. Iraq which has gradually moved closer to neighboring Iran following the 2003 US invasion and, at the same time, requires the United States and the foreign forces to ensure its security has been stuck in these conflicts.

“After the killing of Iran’s Quds Force commander, Qassem Soleimani, and the deputy commander of the Iraqi Popular Mobilization Units (PMU), Abul Mahdi al-Muhandis, Iraq and its prime minister are where they don’t want to be — caught between America and Iran,” James Durso, the managing director of Corsair LLC -a supply chain consultancy- and a former US Navy officer has written in an op-ed article in The Hill.

Following the US strike, the Shiite bloc at the Iraqi parliament approved a non-binding resolution calling for the expulsion of the American and foreign forces. Prime Minister Abdul-Mahdi was also obligated to ask the United States to dispatch a delegation to Iraq for talks on the conditions of the pullout of American forces against his own wishes, which became clear later when he dragged his feet over implementing the Iraqi parliament’s resolution. The United States had once reduced the number of its forces in Iraq in 2011, under Barack Obama’s administration, but after the rise of ISIS and its conquest of Iraqi and Syrian territories, the US once again deployed forces into the region. There are currently 5,000 forces in Iraq. Washington’s response was already obvious: it rejected Iraq’s request.

The governments that have come to power in Iraq throughout the years after 2003 have made great efforts to create a balance in their relations with Iran and the US, and they have had a good reason for such efforts. It is a matter of national interests and foreign relations when it comes to the ties with the United States: If the presence of Americans in Iraq winds down, the Western presence in there will subside as well and the only option Iraq will have would be heavier dependence on Iran and probably on Russia and China. As regards Iran, Iraq is relying on its neighbor’s energy resources and the import of commodities, while another important issue is Iraq’s internal security as well as the ethnic and religious conflicts.

After toppling Saddam Hussein’s regime, the United States helped Iraq develop a new government structure in which every ethnic and religious group has a representative in the establishment: the prime minister is a Shiite Muslim, the president is Kurdish, and the parliament speaker is a Sunni Muslim.

Given that Shiite Muslims make up the majority of Iraq’s population, it can be concluded that such structure has been one of the major reasons for Iran’s growing influence in the Arab country. Following the most recent elections in Iraq, it took around three months until the local groups reached a consensus on the formation of a new government. In that period, many reports described Iran as the main victor in the field. Particularly after the rise of ISIS, the paramilitary Shiite groups in Iraq were acting under the guidance of General Qassem Soleimani, whose influence was even further extended after many commanders of those Shiite groups entered politics. This issue greatly affected the formation of the new government of Iraq. In the course of the nationwide elections in Iraq, General Soleimani held meetings with many prominent and influential political figures several times and provided great help in forming the ruling coalition government. But Abdul-Mahdi, the prime minister who was elected after all those efforts, has resigned from his post in the wake of the popular protests that have erupted since October 2019.

The internal consensus in Iraq on the formation of a new government appears to have become more difficult than ever following the escalation of tensions between Iran and US, and this could drive the political situation in Iraq into chaos. The majority of the Sunni and Kurdish legislators boycotted the parliamentary voting session on the expulsion of the foreign forces. Later, the Kurdistan Regional Government even made a proposal for the presence of American forces in that region.

“While Abdul Mahdi’s government made modest progress in reducing the political gap between Iraq’s constituent communities – Shiite, Sunnis and Kurds, including on the question of governing the contested, oil-rich city of Kirkuk – this gap is set to widen, as the future of the US military presence in Iraq becomes a new political fault line,” Galip Dalay, an IPC-Mercator Fellow at the German Institute for International and Security Affairs (SWP) and non-resident fellow at the Doha-based Brookings Institution has written in an article published in The Middle East Eye.

The United States which has decided to continue its mission in Iraq will undoubtedly take advantage of the Kurdish and Sunni supports. But there is a bigger problem for Iran with regard to its neighboring state: finding a person with the level of influence that General Soleimani exerted in Iraq in order to remain close to the next government. In the recent demonstrations in Iraq, people have been protesting against corruption, economic mismanagement and the unemployment crisis. Since the protesters consider the Baghdad government to have close ties with Tehran, many slogans have been against Iran. The consultations between General Soleimani and various political groups in Iraq as well as his cooperation with the Popular Mobilization Units (Hashd al-Shaabi) were effective in supporting Abdul-Mahdi’s government, and even resulted in the parliamentary rejection of the prime minister’s resignation for about a month. A number of reports have even suggested that General Soleimani’s last visit to Baghdad was aimed at addressing the recent unrest in Iraq and holding consultations. However, Iran has now lost its influential commander; Abdul-Mahdi is heading a provisional government; and Abu Mahdi al-Muhandis –the deputy commander of Hashd al-Shaabi forces who was one of the closest allies of Iran- has been assassinated with General Soleimani.

The situation in Iraq over the past few weeks seems not to have been undesirable for Iran. The anti-Iranian sentiments in the popular protests in Iraq have turned into the anti-American sentiments, and many have accused the US of violating Iraq’s sovereignty and territorial integrity by launching the airstrike. Nevertheless, the prospect for Iran’s influence in Iraq does not seem very promising. While Iran is facing considerable economic problems under the pressure of the US sanctions, the private American companies and Iraq’s Arab neighboring states, including Saudi Arabia which is Iran’s main rival in the region, have been making investment in Iraq. Considering that the chaotic economic situation in Iraq has been the main reason for the popular protests, the investments and capital injection from the other regional and international actors could diminish Iran’s influence over the neighboring state.

Iran regards the influence in Iraq as a necessary component of its national security and is trying to prevent the repetition of the bitter experience of the 8-year war by whatever means possible. Moreover, Iran currently needs Iraq for bypassing the American sanctions. A waiver that exempts Iraq from the US sanctions against Iran to import natural gas and electricity will expire in February. Abdul-Mahdi’s government played an active role in persuading the Trump Administration to exempt Iraq from the anti-Iran sanctions, but it is not clear whether the Iraqi premier will be still able to do so or not. Moreover, it is probable that a new government will come to power in Iraq by then. As a result, it seems that Iran will not have much time to restore its influence in Iraq, while the US is also striving to make the most of this opportunity in order to make up for a tiny part of the great losses in the war in Iraq.