Harvesters pick berberis in Iran, enjoying the fruits of their labor 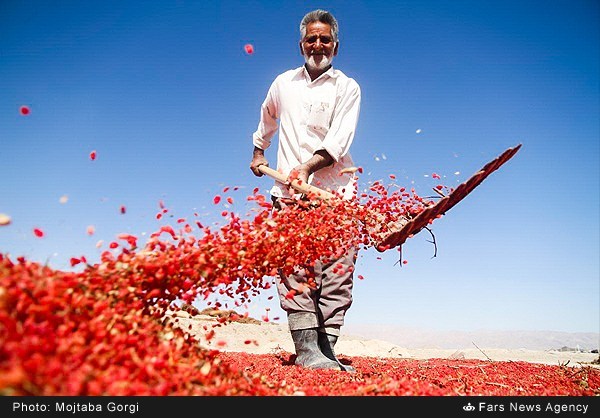 It is harvest season in Iran where pickers are all out in the open to pick berberis. Pickers find it somewhat difficult to collect berberis thanks to their thorny shrubs, but it is a labor of love for many.

Berberis vulgaris are the evergreen shrubs found throughout the temperate and subtropical regions of the world. Iran is the title holder when it comes to berberis cultivation. It accounts for almost 95 percent of the berberis produced around the world.

The berberis, which has dark red to violet foliage, is edible and rich in vitamin C. The dried fruit of the plant which is called Zereshk in Persian is widely used in cooking, giving a tart flavor to food. It is also used for medicinal purposes.

The following are beautiful images Fars News Agency placed on its website on October 22 on the harvest of berberis in a town in South Khorasan province: