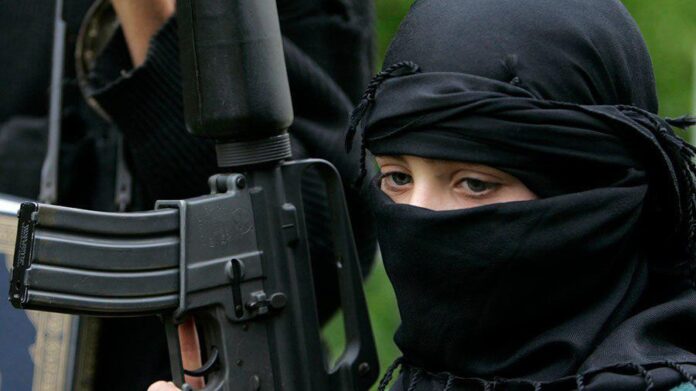 Germany’s intelligence services have identified a Takfiri terrorist network made up of 40 women amid the rising growth of female extremists with hundreds of Facebook followers who are filling the gap left by their imprisoned husbands.

Burkhard Freier, the head of the North Rhine-Westphalian Office for the Protection of the Constitution, told Frankfurter Allgemeine Zeitung newspaper that the local female extremist network of “40 sisters” followed a strict Salafist doctrine —informing their advice on everything from raising children to interpreting the religious rules of Islam and stirring up hatred against so-called “non-believers.”

According to RT, the network was active on the internet, determined to proselytize their Salafist ideology (an ultra-conservative interpretation of Islam) aggressively to other would-be members.

Additionally, the women indoctrinate their own children from an early age. “This makes Salafism a family affair,” and the result, Freier said, could be something “much more difficult to dissolve, namely Salafist pockets within society.”

What’s worse is that these female extremist leaders, some of whom have several hundred Facebook followers, now have a new role in society, feeling accepted and included. “The men have realized that women can network much better and are therefore more capable of expanding the scene and keeping it active,” Freier said.

Salafists follow an ultra-conservative, fundamentalist interpretation of Islam which is sponsored by Saudi Arabia, and Salafist organizations perceive Western-style democracy as incompatible with obeying God. Their beliefs provide the spiritual basis for groups like Al-Qaeda and ISIS.