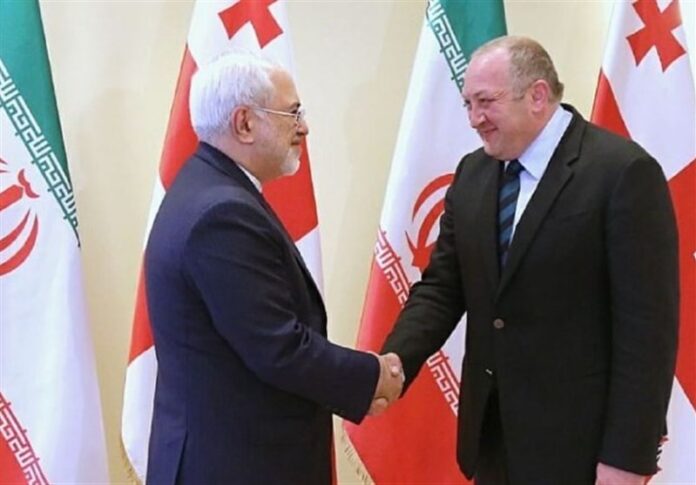 Georgia’s President Giorgi Margvelashvili hailed the growing trend of relations between his country and Iran, saying Tbilisi is keen for further development of the ties.

Since the establishment of relations between Iran and Georgia 25 years ago, there has been “very good progress” in the ties, Margvelashvili said in a meeting with Iranian Foreign Minister Mohammad Javad Zarif in Tbilisi on Tuesday.

“We are eager for development of the relations to a level higher than the current one,” he added.

Margvelashvili also praised Iran’s “rich culture” and its effects on Georgia and called for enhancement of cultural cooperation between the two countries.

Zarif, for his part, highlighted the close bonds between the people of Iran and Georgia and voiced Tehran’s readiness to expand and deepen its ties with Tbilisi in various fields.

Heading a mainly business delegation, Zarif is taking a tour of regional countries that took him earlier to Turkmenistan.

The senior Iranian diplomat will next travel to Kyrgyzstan