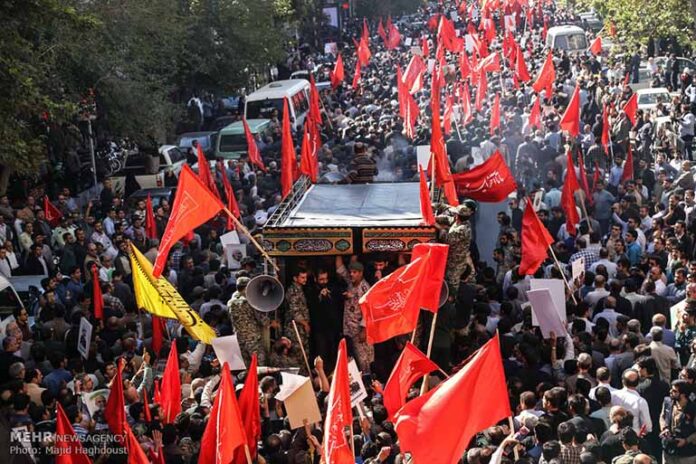 The IRGC commander who was in Syria in the capacity of a military advisor was martyred on October 8.

A large crowd turned out in Tehran on Sunday to pay their last respects to Brigadier General Hossein Hamedani, a Revolution Guards advisor who was martyred on assignment in the suburbs of Aleppo, Syria on Thursday.

The following are snapshots of the funeral procession released by Mehr News Agency: